The Swedes are cleaning up trucking with old-timey tech. - Grist 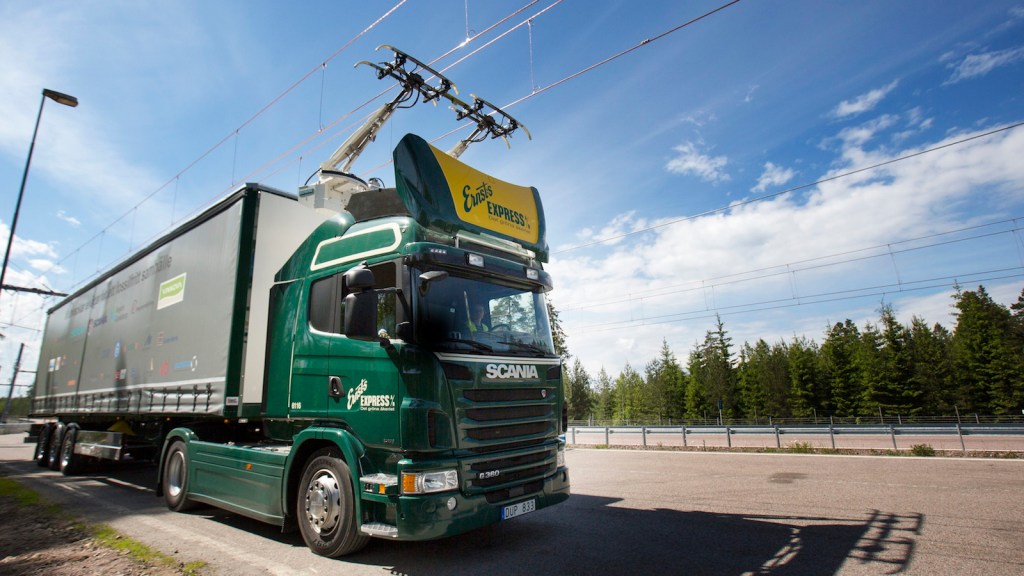 The Swedes are cleaning up trucking with old-timey tech.

A two-kilometer section of a highway in central Sweden has been fitted up with heavy-duty, overhead electrical cables — the kind that crisscrossed major cities in the 1880s to provide electricity for streetcars.

Turns out a big truck is not so different from a streetcar — if you have one that’s electric, you can hook it into an overhead system. The Swedish truck maker Scania has adapted two of its hybrid trucks with pantograph power collectors (invented: 1879) so that they can draw power from overhead lines, reports Greentech Media.

In June, one of the trucks was the first to trundle down the newly electrified stretch of highway. This “e-highway” test project is a collaboration between Scania, Siemens (the German company that held the first patent for a pantograph), and a smorgasbord of public and private Swedish entities.

Of course, just because something is electric doesn’t mean it’s green. Nineteenth-century streetcars were pretty much always powered by coal plants. But considering that Sweden gets most of its electricity from non–fossil fuel sources and is ramping up wind and solar power, this retro-nouveau tram-truck looks pretty good.

Heather Smith
Most Americans care about climate change but don’t talk about it. Why?
For the first time, bees have been added to the U.S. endangered species list.