The Trans-Pacific Partnership is on the way out, so why aren’t greens cheering? - Grist 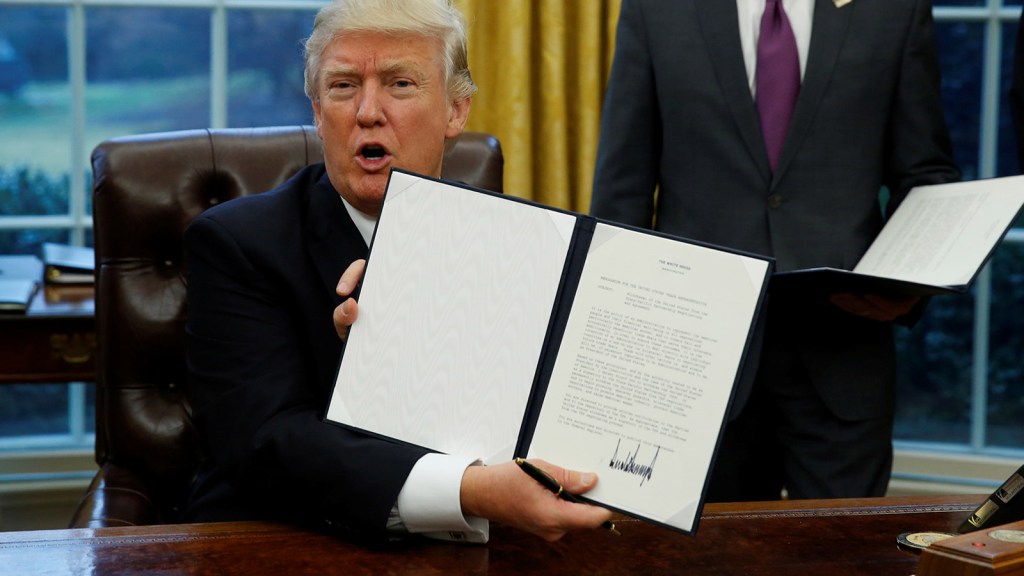 The Trans-Pacific Partnership is on the way out, so why aren’t greens cheering?

On Monday, President Trump signed an executive order making good on his campaign promise to do away with an Obama-negotiated trade deal he has called “a continuing rape of our country.”

In the Trump-free alternate universe, that would be good news for environmentalists, who have opposed the partnership for years. But on Monday, they didn’t seem so excited — for starters, because Trump appears to be taking credit for nixing something that has been fought by many grassroots groups focused on issues like labor, health care, and immigration.

And also, as 350.org puts it: “The irony of Trump’s opposition to the TPP is that his policies are much worse.”

Other groups called for attention to trade deals like NAFTA. “[T]o make NAFTA better for people and the planet will require it to be replaced, not tweaked,” said Lori Wallach, director of Public Citizen’s Global Trade Watch, in a statement.

“The real question is, what comes next?” commented Sierra Club’s executive director Michael Brune. “Given that Trump is working to stack his cabinet full of billionaire supporters of status-quo trade deals who believe that climate change is a hoax, there is reason to be more than skeptical.”