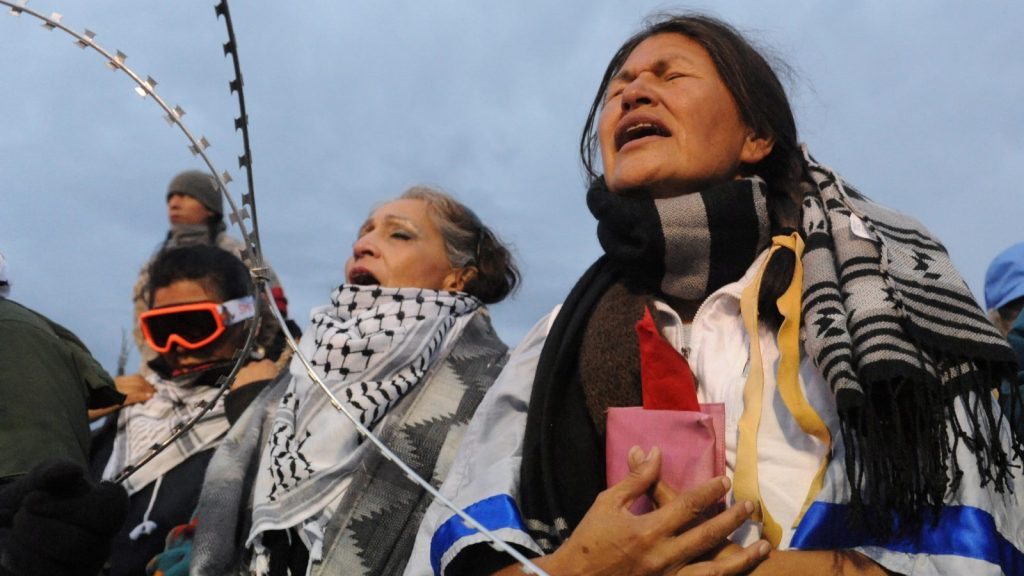 Is this the start of a countdown to another clash between Standing Rock protesters and police?

On Friday, Corps of Engineers Colonel John Henderson notified members of the Standing Rock Sioux Tribe that the protest site against the Dakota Access pipeline will be closed on Dec. 5.

After an outcry from Standing Rock allies, the Corps clarified in a statement on Sunday that they are “seeking a peaceful and orderly transition to a safer location” and have “no plans for forcible removal.” Tribal members and protesters who choose to stay, however, will be considered trespassing and “subject to citation under federal, state, or local laws.” The Corps also said it will establish a “free-speech zone” south of the main encampment and has urged protesters to relocate on their own.

The tribe responded by appealing to President Obama to rescind the permit for Dakota Access’ route. “Although we have suffered much,” the Standing Rock Sioux said in a statement, “we still have hope that the President will act on his commitment to close the chapter of broken promises to our people and especially our children.”

Since early spring, the Standing Rock Sioux and thousands of supporters have demonstrated against the $3.8 billion pipeline, arguing that it threatens the local water supply as well as sacred tribal sites and Native sovereignty.