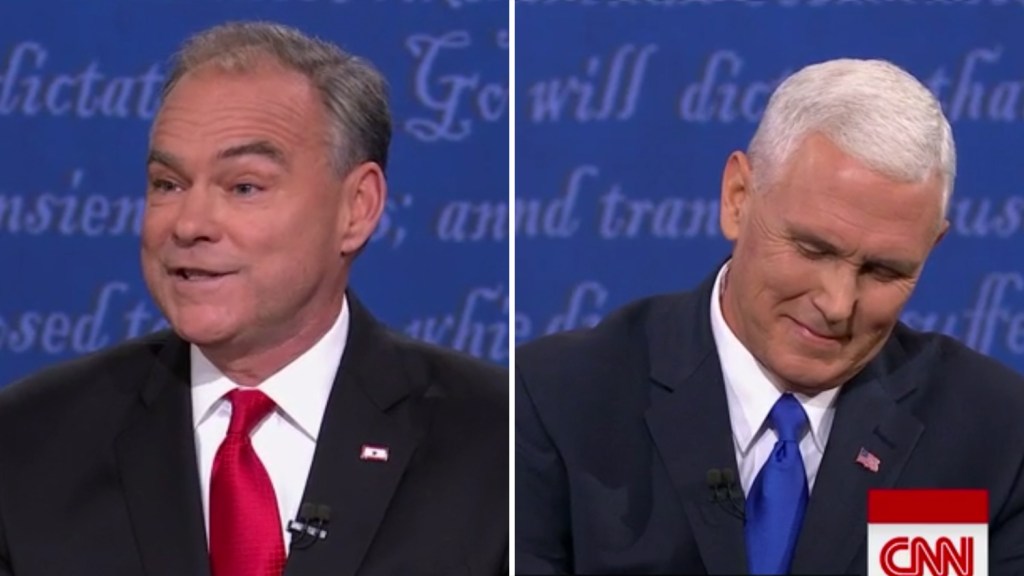 The VP debate spent a hot second on climate change.

Which is too bad, because not only is global warming a threat to global stability, but an exchange on the issue between Indiana Gov. Mike Pence and Virginia Sen. Tim Kaine could have illuminated key differences between the candidates and their campaigns.

Plus, there was an opportunity to clarify the position of Pence and his running mate Donald Trump, which became an issue following last week’s presidential debate, when the candidates spent just 82 seconds on climate change — and only because Hillary Clinton herself brought up the issue, noting that Trump has called it a Chinese hoax.

Pence went on CNN the next morning to defend Trump’s performance and seemed to reverse his own position on global warming (which 16 years ago he called a “myth”), saying that there’s “no question that the activities that take place in this country and in countries around the world have some impact on the environment and some impact on climate.”

But we may never know what Pence meant, because CBS moderator Elaine Quijano skipped over the issue entirely tonight. The only attention to climate was in the introductory remarks made by the candidates, in which Kaine said Clinton would battle climate change and terrorism, while Pence name-dropped the “war on coal” — a phrase he invoked five times throughout the debate.

See how past debates compared on climate.

Rebecca Leber
Reykjavík, Iceland’s capital, is going carbon-neutral.
Life on this Colorado farm is about more than plants.