The whole island of Puerto Rico went dark for the first time since Hurricane Maria. - Grist 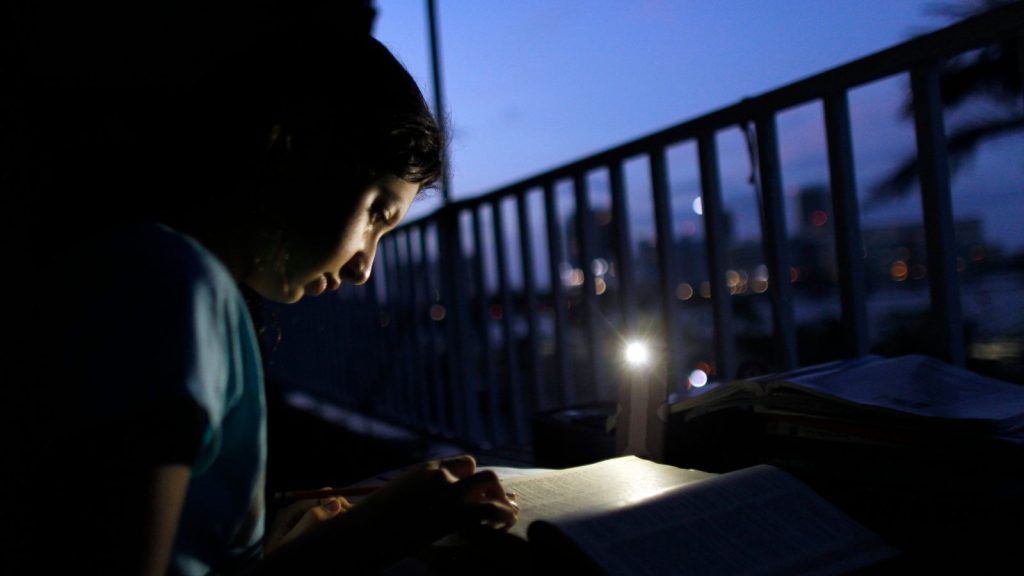 The whole island of Puerto Rico went dark for the first time since Hurricane Maria.

On Monday, the island’s power utility boasted that it had restored electricity to 97 percent of customers. Two days later, the precarious electric grid collapsed, plunging the entire island into a blackout for the first time in seven months.

The outage, reportedly caused by a construction equipment accident, is the second to hit Puerto Rico recently. Last Thursday, a fallen tree took out power for 870,000 people. Such events have become a fact of life for Puerto Ricans, who are currently living through the second biggest electricity crisis in modern world history. Only the magnitude of electric grid damage by Typhoon Haiyan, which hit the Philippines in 2013, was worse.

The recovery effort continues to drag on, hampered by poor planning, rampant corruption, and logistical nightmares. So far, the hurricane has triggered more than a thousand deaths, a mental health crisis, and a mass exodus from the island.

Officials estimate that power will be restored in 24 to 36 hours. But it’s not coming back for everyone — tens of thousands of rural residents of eastern and central Puerto Rico have been waiting for their lights to turn back on since September.

And guess what? The next hurricane season is just six weeks away.

Kate Yoder
Boulder, Colorado, is the latest city to sue Big Oil over climate change.
The Northeast is chugging right along on climate change action.