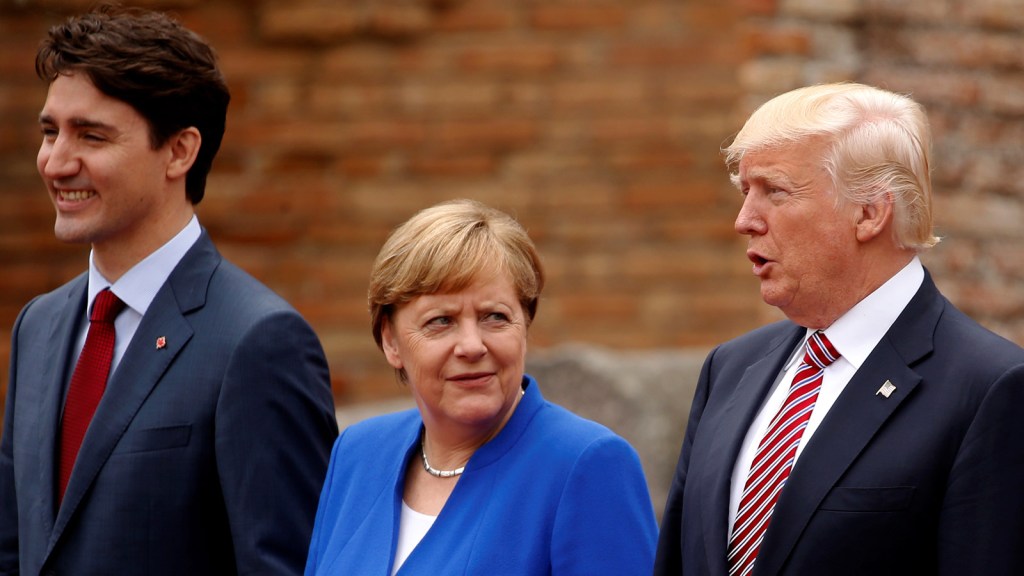 The G20 (the richest countries on the planet) invested mostly in polluting energy between 2013 and 2015, according to a new analysis from a handful of environmental organizations.

Japan spent the most on oil, gas, and coal projects during that period, followed by China and then South Korea. The U.S., the only G20 country looking to exit the Paris Agreement, came in fourth. The analysis found over $70 billion (or 58 percent of what was spent on energy) went to fossil fuel projects. About 15 percent went to clean energy.

The numbers, presented by groups including the Sierra Club and Oil Change International, come ahead of a Friday and Saturday G20 meeting. The analysis drops off right after countries drafted the Paris Agreement, which most G20 countries have put at the top of the group’s agenda — except for the U.S. of A.

German chancellor Angela Merkel is slated to meet with President Trump Thursday. While neither has said the two would chat about climate change, Merkel’s recent comments on the tough conversations she expects at the G20 meeting mean she might squeeze some climate talk in early. But according to the report’s authors, “talk is cheap” if financing of fossil fuel projects continues.

Emma Foehringer Merchant
Listen to these podcasts if you want to keep up the fight against climate change.
Volvo is the first mainstream automaker to say ‘Goodbye gas, hello electric.’