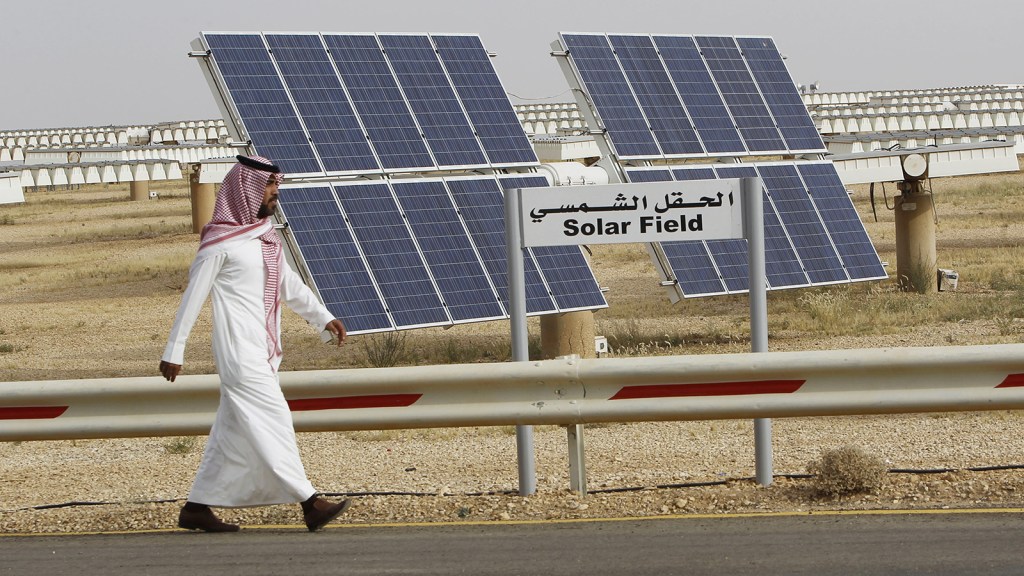 The world’s biggest petrostate just set its sights on wind and solar expansion.

Saudi Arabia exports more oil than any other country, and consumes nearly 3 million barrels of oil a day, making it the seventh-highest consuming country. But the nation has unveiled a new project to curtail oil use and boost renewable power generation over the coming decade.

Saudi Arabia now has about 200 megawatts of renewable energy capacity. Its goal is to increase that to 9,500 megawatts, or 9.5 gigawatts, by 2023. (By comparison, the U.S. had renewable capacity of about 141 gigawatts at the end of last year.)

To meet its goal, Saudi Arabia plans to develop 30 new solar and wind projects, part of a $50 billion push to diversify power sources. The government is also moving to privatize its power sector, so the new renewables projects will not be government-owned or -managed.

“We have the potential to become a global renewable energy powerhouse,” Saudi Energy Minister Khalid Al-Falih told a crowd of investors on Monday.

Saudi Arabia’s intentions aren’t wholly green. If the country burns less oil at home, it can sell more abroad. But its new plan could demonstrate how quickly a country can ramp up renewables if it makes it a priority.

Emma Foehringer Merchant
California is gearing up to pass a cap-and-trade law. Again.
Meet the fixers: These teens sued for environmental justice.