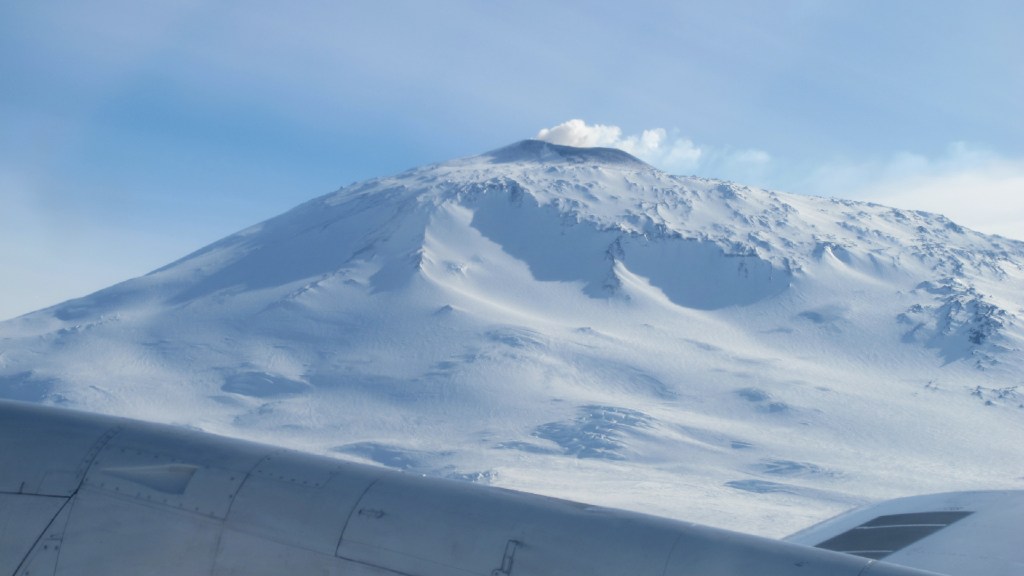 The world’s largest volcanic region was just discovered in Antarctica.

That’s all kinds of scary. If there’s one place on Earth that would be the worst possible spot for a giant volcanic chain, it’s beneath West Antarctica. Turns out, it’s not a great situation to have a bunch of volcanoes underneath a huge ice sheet.

In a discovery announced earlier this week, a team of researchers discovered dozens of them across a 2,200-mile swath of the frozen continent. Antarctica, if you’re listening, please stop scaring us.

The study that led to the discovery was conceived of by an undergraduate student at the University of Edinburgh, Max Van Wyk de Vries. With a team of researchers, he used radar to look under the ice for evidence of cone-shaped mountains that had disturbed the ice around them. They found 91 previously unknown volcanoes. “We were amazed,” Robert Bingham, one of the study’s authors, told the Guardian.

The worry is that, as in Iceland and Alaska, two regions of active volcanism that were ice-covered until relatively recently, a warming climate could help these Antarctic volcanoes spring to life soon. In a worst-case scenario, the melting ice could release pressure on the volcanoes and trigger eruptions, further destabilizing the ice sheet.

“The big question is: how active are these volcanoes? That is something we need to determine as quickly as possible,” Bingham said.

Eric Holthaus
The European Union is considering an electric car mandate.
Court says pipelines — not Exxon — are to blame for a major oil spill.