There's already been a leak on the Dakota Access Pipeline. - Grist 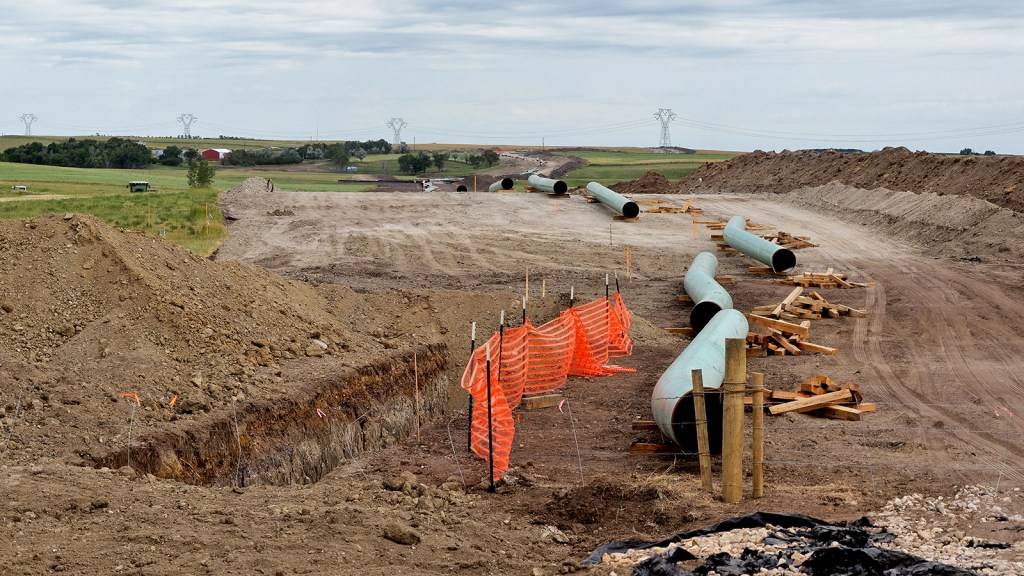 There’s already been a leak on the Dakota Access Pipeline.

Dakota Media Group reported Wednesday that a small 84-gallon spill occurred at a pump station in Crandon, South Dakota, last month. Energy Transfer Partners, the company behind the pipeline, moved to clean up the leak quickly.

The April 4 leak did not occur near a water source, which has been the primary concern of Dakota Access’ opposition. But it happened before the pipeline — which will transport crude oil 1,172 miles from North Dakota to Illinois — is even fully operational.

However, at the end of March, oil began flowing through the section of the pipeline that runs under Lake Oahe, the primary water source for Standing Rock. And InsideClimate News reports that Energy Transfer Partners currently has no response plan and no emergency cleanup equipment onsite for the event of an oil spill where the pipeline crosses the Missouri River.

The Dakota Access project was paused for environmental review under former President Obama last year after nationwide protests. President Trump — who stands to profit from the pipeline — reversed that decision in January, and construction moved forward.

Kate Yoder
Obama says we’ll have to speed up innovation to avoid eating our way to climate catastrophe.
Meet the fixers: These transportation gurus coax Angelenos onto bikes.