Think you’ve had it rough this past year? You should hear what the Great Barrier Reef is dealing with. - Grist 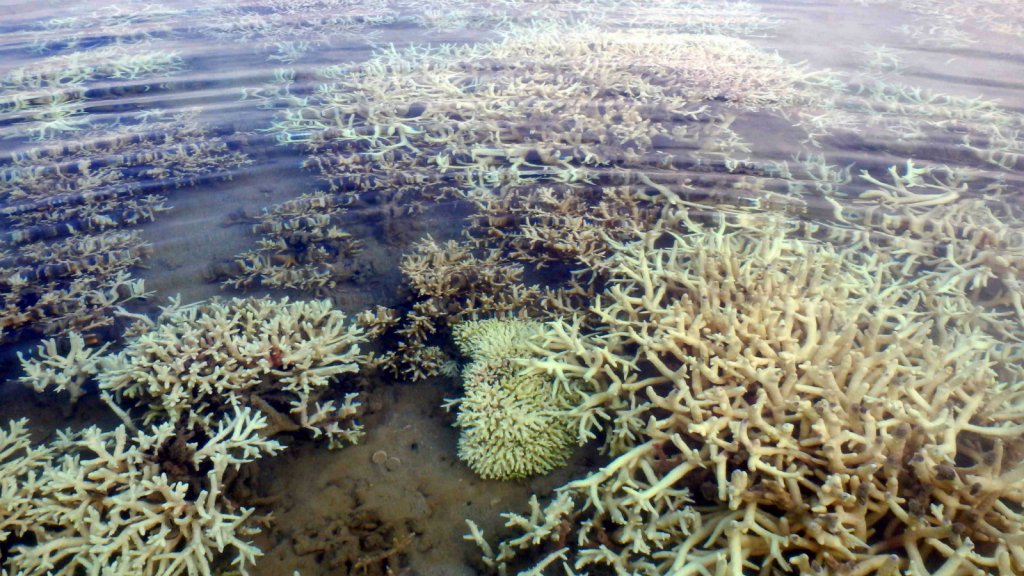 Think you’ve had it rough this past year? You should hear what the Great Barrier Reef is dealing with.

According to the cover article in today’s issue of the journal Nature, the iconic reef off the coast of Australia suffered unprecedented coral die-off after last year’s record-breaking bleaching event. Now, as the Southern Hemisphere hits late summer temperatures, central and southern sections of the reef — areas which avoided the worst of last year’s bleaching — are in trouble.

“We didn’t expect to see this level of destruction to the Great Barrier Reef for another 30 years,” coral researcher Terry Hughes told the New York Times. Hughes led the team that conducted aerial surveys to document the bleaching last year, as well as subsequent surveys to assess just how much of that bleaching turned into dying.

Bleached corals don’t always turn into dead corals — some are able to recover when temperatures drop. Er, if temperatures drop. If water temperatures stay high and corals stay bleached, they will eventually starve to death. Without coral building reefs, whole ecosystems may disappear, along with the food, tourism, and jobs they support.

Hughes and his coauthors found that even corals in pristine, protected water were likely to be suffering from heat stress, meaning the only thing left to do to protect corals is, you know, address climate change.

Amelia Urry
Trump’s “skinny budget” may slash EPA funding even more than previously reported.
Good news about CO2: Emissions from the energy sector stayed flat for the third year in a row.