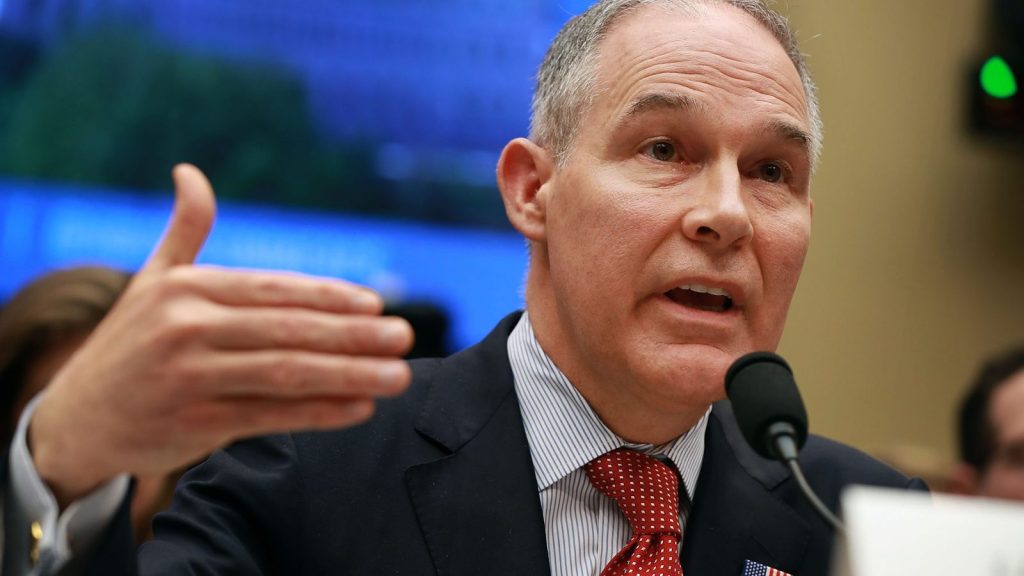 While Bowman says she is leaving to spend more time with her kids, an EPA source told CNN that Bowman was tired of the scandals and “increasingly wary of being associated with Pruitt.”

She is the third top aide to leave the EPA this week, following the resignations of Pasquale Perrotta, Pruitt’s chief of security, and Albert Kelly, who ran the Superfund program. Last Thursday in front of Congress, Pruitt blamed his subordinates for the problems plaguing the agency. Coincidence?

The EPA press office took a Trumpian turn under Bowman’s leadership, and she became known for her snarky comments to journalists:

Well, this EPA’s relationship with the media is certainly “unprecedented.”

We haven’t heard the last of Bowman. She has a new gig as communications director for Republican Senator Joni Ernst of Iowa.