This man tried to sue the pants off the EPA, and now he'll be running it. - Grist 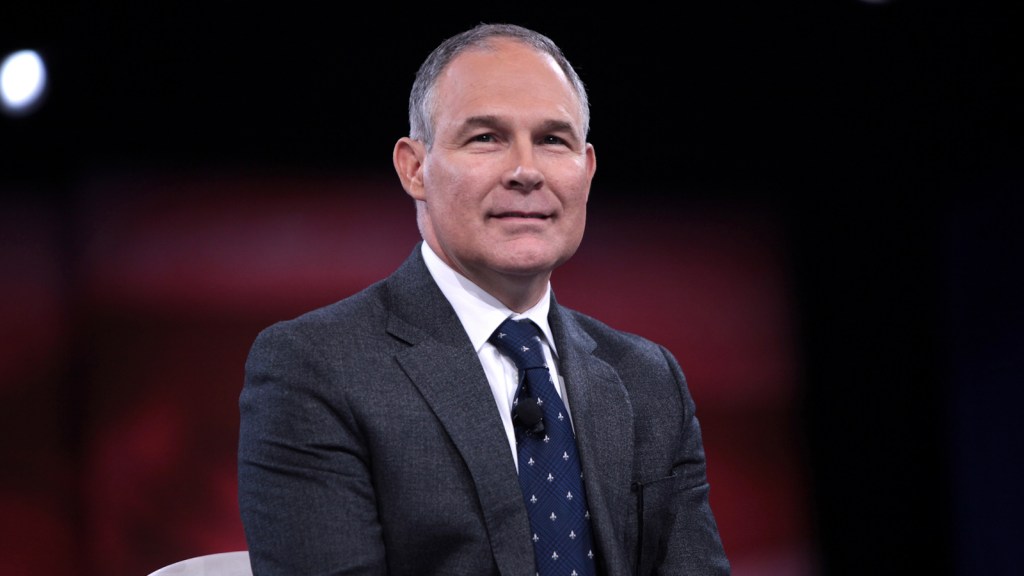 This man tried to sue the pants off the EPA, and now he’ll be running it.

Pruitt has notorious ties to the fossil fuel industry, and was a leader in the push by state AGs to file lawsuits against President Obama’s Clean Power Plan. As the Environmental Defense Fund points out, Pruitt’s own LinkedIn profile claims he “led the charge with repeated notices and subsequent lawsuits against the U.S. Environmental Protection Agency for their leadership’s activist agenda and refusal to follow the law.”

A 2014 New York Times investigation found that Pruitt took letters written by energy lobbyists, put them nearly word-for-word on his own professional stationary, and sent them under his own name to the EPA.

This year, when a group of state attorneys general joined with Al Gore to announce a commitment to fighting climate change, Pruitt said it was “inappropriate” for AGs to “attempt to silence core political speech on one of the major policy debates of our time.” So that’s what he thinks about climate change: It’s a “debate.”

Democrats and environmentalists see the pick as a global calamity:

At the risk of being dramatic. Scott Pruitt at EPA is an existential threat to the planet

Scott Pruitt huh? If you live on the coast you may want to consider a boat for your next vehicle #climatechange https://t.co/kXuwKyAn3P #epa

The Senate’s top climate denier, on the other hand, is delighted:

I am pleased that PE Trump has selected @AGScottPruitt to lead the EPA >>> full statement here: https://t.co/YRScv4w4Sm

Emma Foehringer Merchant
Just what we need: A science denier in charge of the NASA transition.
How the sugar industry killed Florida’s beaches.