A SONG OF ICE AND FIRE 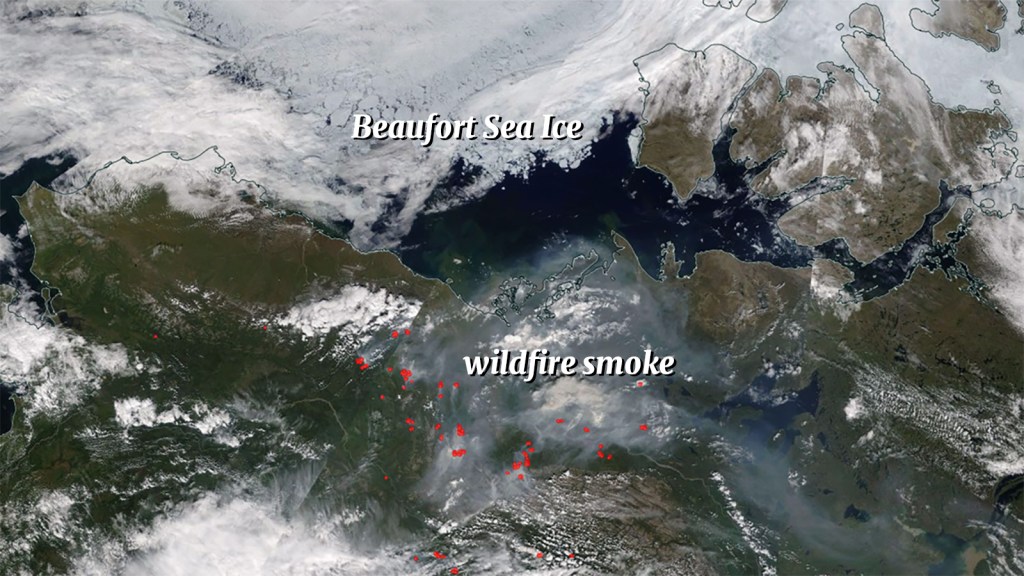 The NASA Terra image of Alaska shows a dramatic juxtaposition of retreating Beaufort Sea Ice to the north and smoke from wildfires in the high Arctic tundra spreading hundreds of miles into Canada.

The whole region is in the grip of a mini heatwave with temps expected to approach 90 degrees as far north as the shore of the Arctic Ocean this weekend. Arctic forest fires are happening at a rate not seen in at least 10,000 years due to rapid warming, longer dry spells, and increased lightning frequency, according to recent studies.

In British Columbia, provincial officials issued a state of emergency for more than 180 rapidly growing wildfires that have begun to disrupt the region’s timber and mining industries. “We have never seen wide-scale evacuations like this,” one official said.

Down in California, the Wall Fire burned 41 homes and forced evacuations near Lake Oroville — the same region where nearly a quarter million people were threatened by historic flooding earlier this year. Around 5,000 firefighters are currently dispatched across the state amid record temperatures. So far in 2017, fires have burned about three times more acres in California than normal.