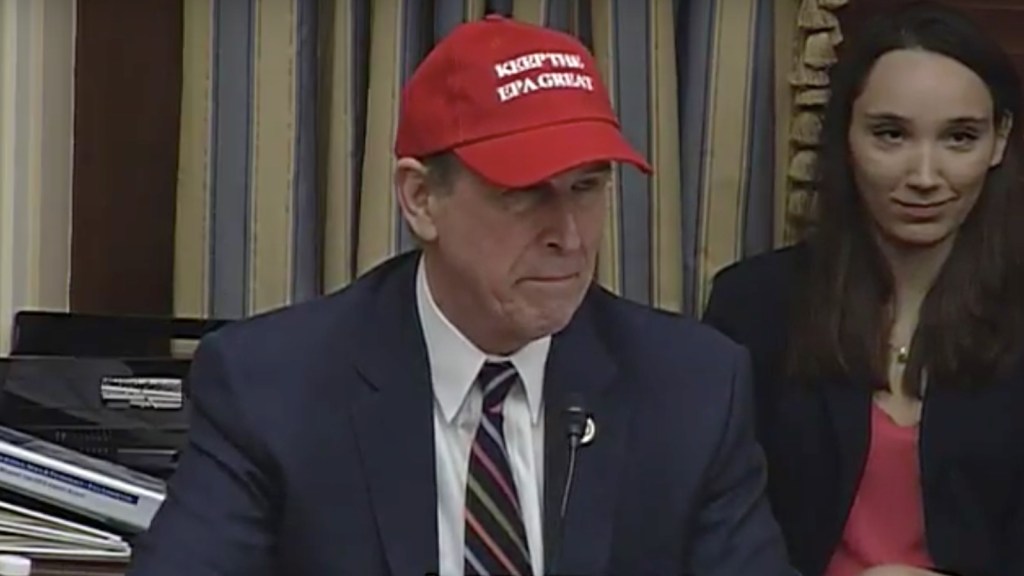 This Virginia congressman thinks the EPA is already pretty great.

“The EPA has achieved so much in recent years, often over the misguided objections of this committee and a Congress which has tried to make things worse,” he said.

After praising the agency’s many accomplishments since its creation in 1970 by President Nixon (a Republican, he noted), Beyer donned a red “Keep the EPA Great” hat and wore it for the remainder of the hearing.

Committee chair and notorious climate denier Lamar Smith has made it no secret that he’s not a fan of the EPA in its current fact-driven form. Smith has jumped on the bogus “Climategate 2” scandal in recent days, and said at the hearing today that under the Trump administration, “there is now an opportunity to right the ship at the EPA and steer the agency in the right direction.”

And what direction is that? Probably right into the ground.

Update: We’ve received a response from Rep. Beyer over on our Facebook page.