This year, I spent a lot of time thinking about corvids. - Grist 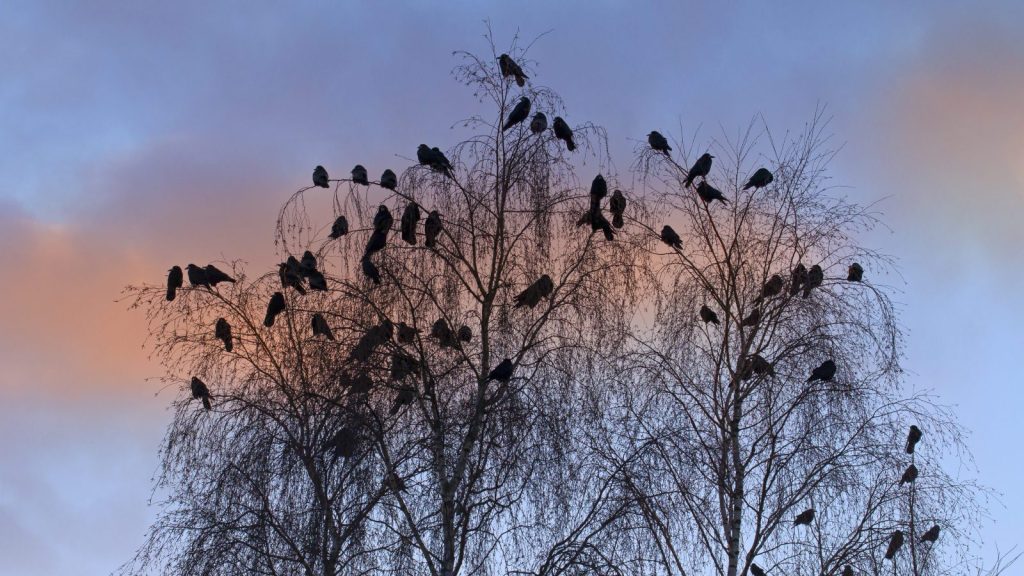 This year, I spent a lot of time thinking about corvids.

In 2017, I couldn’t stop trying to identify corvids. It’s harder than you might think. My latest challenge: a photo of a black bird on the ground. It’s got the fluffy neck feathers of an adult raven and the blue eyes of a baby crow. I’m going with: Raven.

Turns out it’s an Australian raven, a species identifiable by their bright blue eyes. By the rules of #CrowOrNo, I win, because I correctly guessed it’s not a crow. (Though in fairness, I’d call it a draw.)

#CrowOrNo is a weekly Twitter challenge hosted by University of Washington crow scientist Kaeli Swift. Each week, she posts a picture of a bird, which always — to the untrained eye — looks an awful lot like a crow. For a few hours, the eager public submits guesses as to whether it’s a crow, or no. After the big reveal, she explains the clues to use to tell crows from their cousins.

The challenge helps illustrate the large and surprisingly complex world of corvids, a smart family of big-brained birds that includes crows, ravens, and jays. It also shines light on some great crow-themed mysteries, like why some crows have caramel-colored feathers.

For me, the more I learn about crows, the more I see the extraordinary in the most seemingly ordinary birds — like the fact they can recognize faces and might even give gifts.

That’s the value of taking science out of the lab to the social media sphere, like Swift is doing. And, crow or no, I think we could all use a little more science in our lives.

Jesse Nichols is a contributing assistant video producer at Grist.