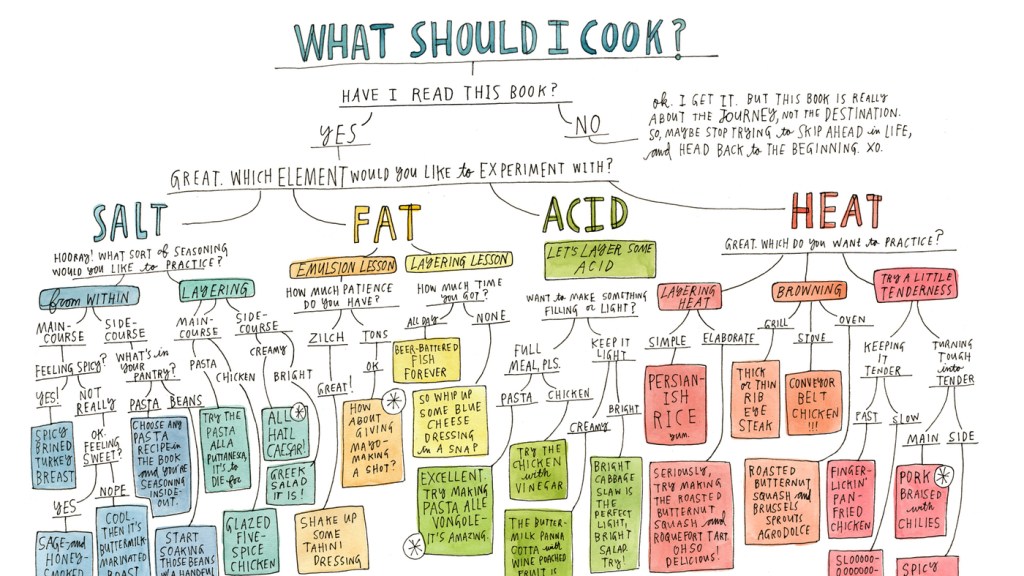 After long days of reading about the dismantling of the EPA, I wanted to think about anything but politics. Samin Nosrat’s wonderful cookbook provided plenty of fodder.

Nosrat breaks cooking into its key elements; food science becomes clear and usable. For example: Roast chicken should get a hearty dose of kosher or sea salt the day before going in the oven. In a wild and woolly year, apolitical facts such as these were a godsend, and they actually got me to cook more.

Take dinner with a friend (and former Grist fellow) who was guest-writing the excellent newsletter WTF Just Happened Today. He got up early every day to sort through Trump administration noise and summarize the real news. He was, as you might expect, questioning everything. A distillation of our conversation:

Him: “All of this has me thinking about printing press capitalism’s link to the rise of nationalism. And with that, how international news has expanded our idea of community despite our inherent lack of agency. How about that?”

Me: “What kind of salt you using over there, big guy?”

One night, I used the cookbook to make buttermilk chicken for this friend and others. They filtered in, various degrees of flustered and wide-eyed. I placed the skillet on the table and our manners and worries melted away. We ripped meat off the bones and gestured that yes, you should really just grab a handful of potatoes to scoop up the sauce.

The world was still going batshit outside my door, but we could ignore it for a little while. We laughed and chatted as the salt and fat dripped down our chins.

Darby Minow Smith is the senior managing editor at Grist.