This year, I spent a lot of time thinking about satellites. - Grist 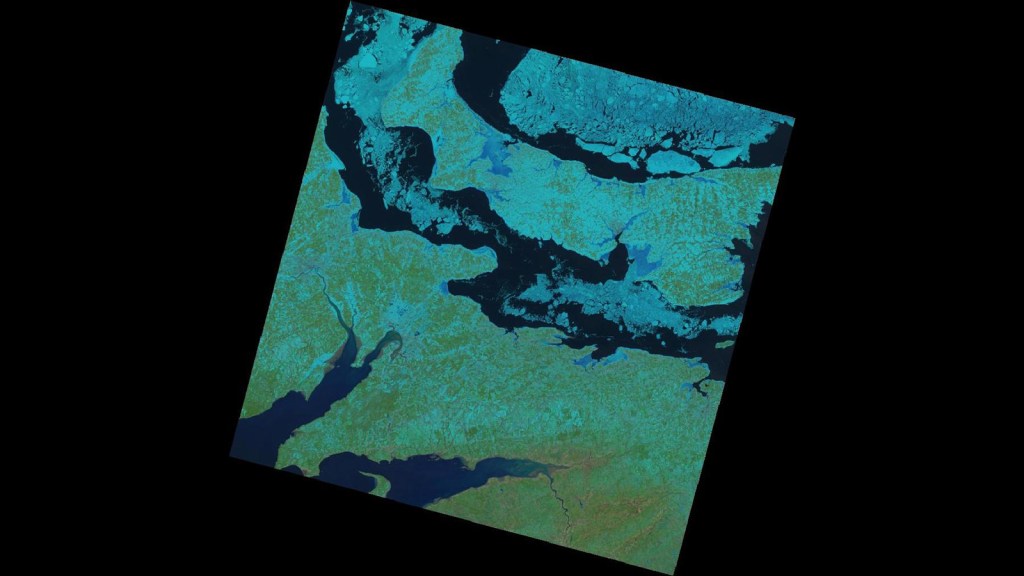 This year, I spent a lot of time thinking about satellites.

It started with the cinematic, widely serenaded death of spunky little spacebot Cassini, closing out a 13-year mission to Saturn with a headlong dive into the planet’s gaseous atmosphere.

Meanwhile, back on a more familiar planet, an orbiting satellite named DMSP F19 quietly blinked out. The DMSP weather-tracking satellites have meticulously recorded Arctic sea ice coverage since 1978, which makes them one of our longest-running climate observations. But in 2015, Congress voted to mothball the last satellite in the series. Now, on the cusp of the biggest planetary shift humans have ever seen, we stand to lose one of our best means for understanding it.

Also this year, I started following LandsatBot, a project by Welsh glaciologist Martin O’Leary that tweets out random satellite views of Earth’s surface hourly. Like a geographic Chat Roulette, LandsatBot scratches the same imaginative itch that high-def images of Saturn’s rings do, but its alien views are all terrestrial. From satellite height, every landscape looks like an abstract painting, all fractal rivers and impressionist daubs of cloud.

These days, amidst an unending torrent of Game of Thrones gifs, signs of the end of democracy, and variations on that distracted boyfriend meme, I sometimes come across a Landsat image dropped without comment into the clutter. I stop and stare. Whether it’s an astroturf-green wedge of land somewhere in the Indonesian archipelago or the Crest-colored swirl of icy Antarctic seas, I try to imagine the world down there: A place I will probably never go, without landmarks or footprints, but irrevocably changed by us. Whether you recognize it or not, it’s home.

Amelia Urry is an associate editor at Grist.

Amelia Urry
Superfund sites are in danger of flooding, putting millions of Americans at risk.
Urban hunters are pretty delighted by the coyote takeover.