Saturday's marches show that a whole lot of people DO care about using sound science to make policy! - Grist 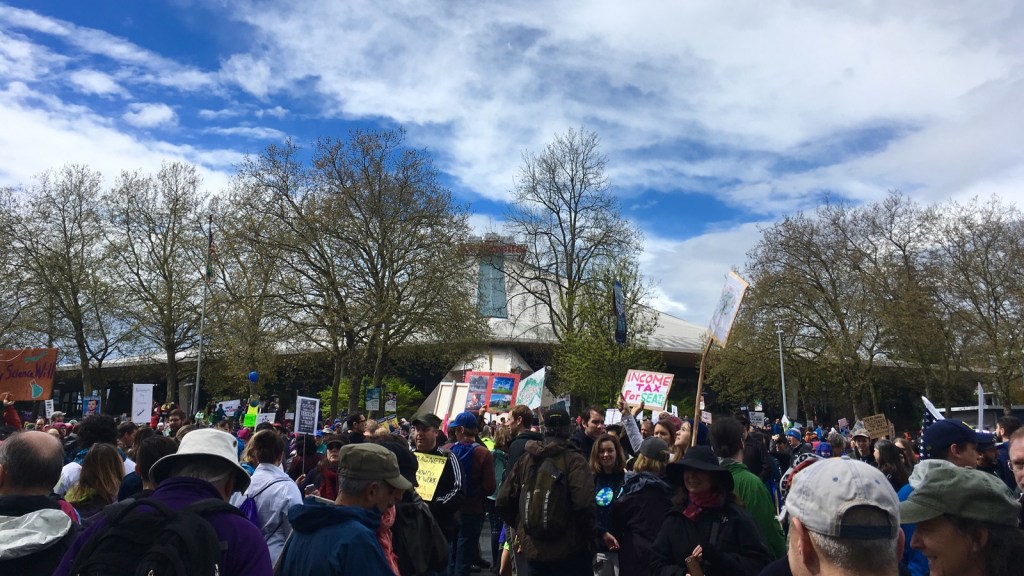 Saturday’s marches show that a whole lot of people DO care about using sound science to make policy!

Hundreds of thousands of protesters turned out in 600-plus cities across the world this Earth Day (on every continent but Antarctica) to March for Science. Although numbers are still coming in, attendance estimates include some 40,000(!) marchers in Chicago and 12,000 in London.

The Trump administration’s disregard for basic facts provided the impetus for many (but not all) to take to the streets, with organizers saying “science is under attack.” Some common concerns included White House efforts to abolish environmental protection, cut federal funding for research, and erase references to climate science from government websites, among other outrages. (Grist keeps track here.)

President Trump made no direct reference to the protests (not even on Twitter!), but he issued an Earth Day address in which he claimed: “My administration is committed to advancing scientific research that leads to a better understanding of our environment and of environmental risks … We should remember that rigorous science depends not on ideology, but on a spirit of honest inquiry and robust debate.”

I am committed to keeping our air and water clean but always remember that economic growth enhances environmental protection. Jobs matter!

To which one might respond: Without a livable climate and planet, there’s not much hope of economic growth.

Missed the march? Here are some of our favorite snapshots (and see more from our Climate Desk partners):

"This is Princess Bubblegum from adventure time. She is a leader and a scientist." -Ako Castuera, artist & animator #MarchForScienceLA pic.twitter.com/gsWg5nRboo

TRUMP: The protesters are paid. These marches are small.

.@SciMarchSeattle If these girls are any indication, teens today are 400% better than teens of my own teen-dom (no offense to my peers) pic.twitter.com/UpmaKEajbS

A week from now, there’s an opportunity to do it all over again. Need tips and motivation for protesting like a pro? Find them in Ask Umbra’s 21-Day Apathy Detox.