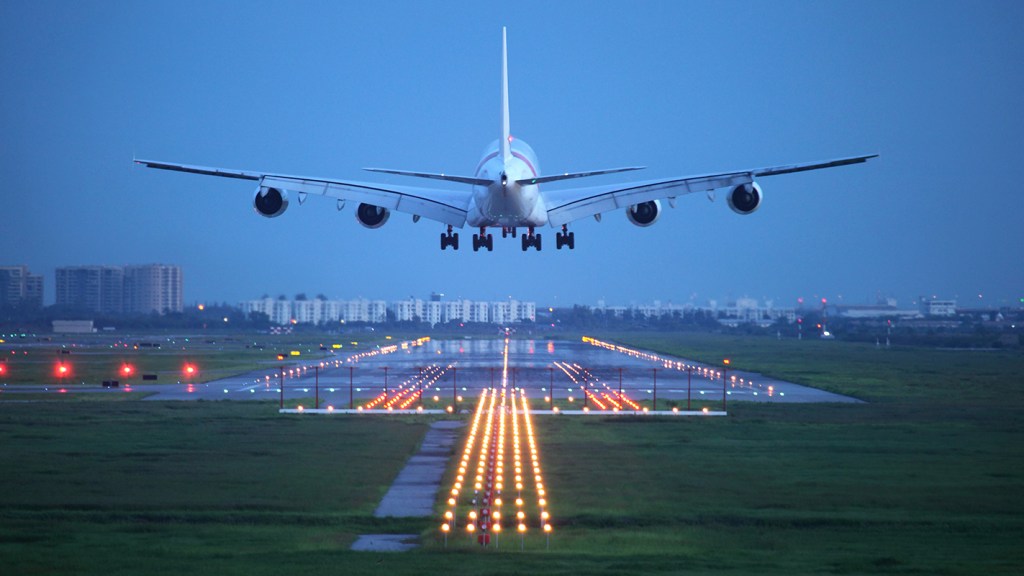 The tech is called “shape memory alloy” and it lets metal objects assume different shapes without all the motors, cables, and gear needed to move, say, a wing flap from take-off to cruising position.

It works through heat: At precise temperatures, the metal alloy part assumes different shapes. And on an airplane, you would have easy access to very hot (engine) and very cold (the air at 30,000 feet) temperatures. Objects made with these alloys are typically 10 to 20 percent the size of a traditionally designed part, Boeing’s Jim Mabe told Wired.

Reducing the weight of an airplane is the No. 1 way to increase fuel efficiency. Last year, domestic airlines carried a record-breaking 719 million passengers. And planes are the third-biggest contributor to U.S. CO2 emissions in the transportation sector — a sector that just took top billing as our most polluting set of industries.

But even if temperature-sensitive metals turn out to be too far-fetched to work in passenger planes, other innovations are underway. It looks like alternative fuels and even electric planes, once dismissed as fanciful notions, are taking the nonstop direct toward feasibility.

Amelia Urry
Most Democrats and Republicans agree: Arctic drilling is a bad idea.
5 Native American tribes are gearing up for a legal battle with Trump on national monuments.