Transit ridership is slipping in some big cities. - Grist 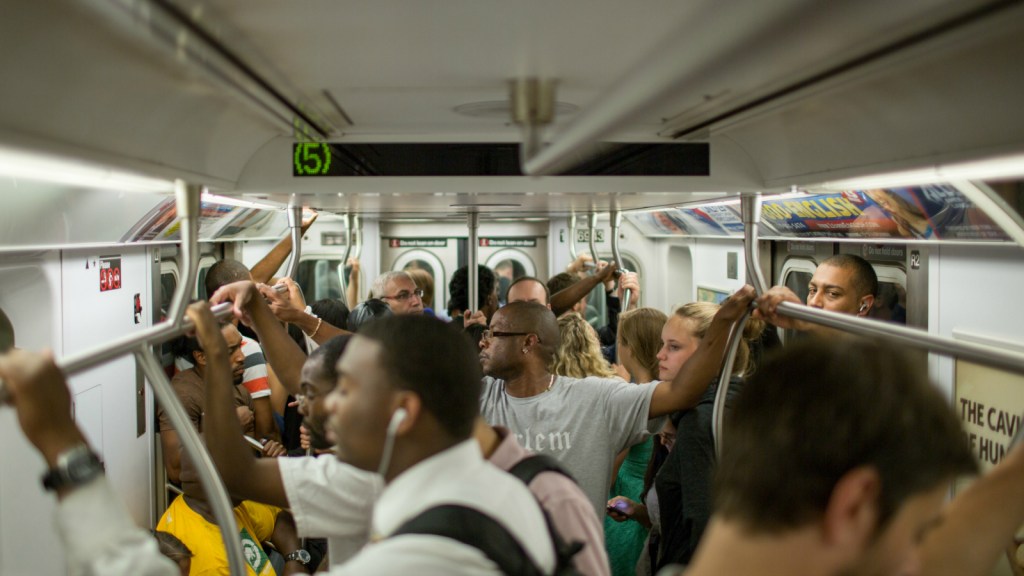 Transit ridership is slipping in some big cities.

And that’s surprising because many buses and trains seem more crowded than ever. In fact, a manager of the Bay Area Rapid Transit system speculated that overcrowding might be causing the decline. It’s kind of like Yogi Berra said, “Nobody goes there anymore. It’s too crowded.” 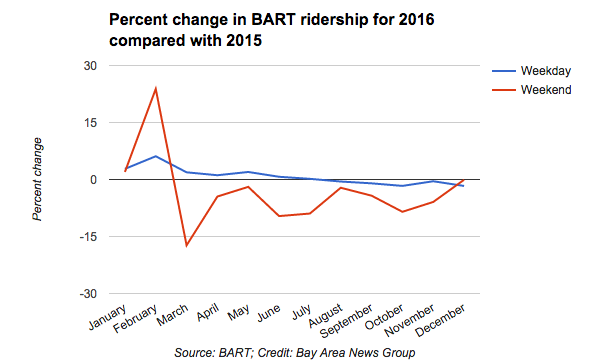 When a subway car is jam-packed, in other words, some people decide to jump out. In general, supply just isn’t keeping up with demand. In the Bay Area, for instance, BART cars are so old that engineers can’t find replacement parts for repairs, and rider satisfaction is at a 20-year low. There just aren’t as many cars as there used to be.

Los Angeles can’t blame an aging system. That city has been laying new tracks in a $9 billion expansion of the light rail system, yet the number of riders has been falling month after month. This could correspond to the rise in vehicle miles travelled, which fell during the last recession and stayed down for years.

But let’s be real: Big cities don’t work when they rely on automobiles for transportation. Adding subway cars, on the other hand, is a proven method to unclog the circulatory systems of growing cities.

Nathanael Johnson
Climate activists are rooting for Keith Ellison to head up the Democratic National Committee.
Trump plans to slash EPA’s budget and boost the military’s.