Tropical Storm Nate could hit the Gulf Coast as a hurricane this weekend. - Grist 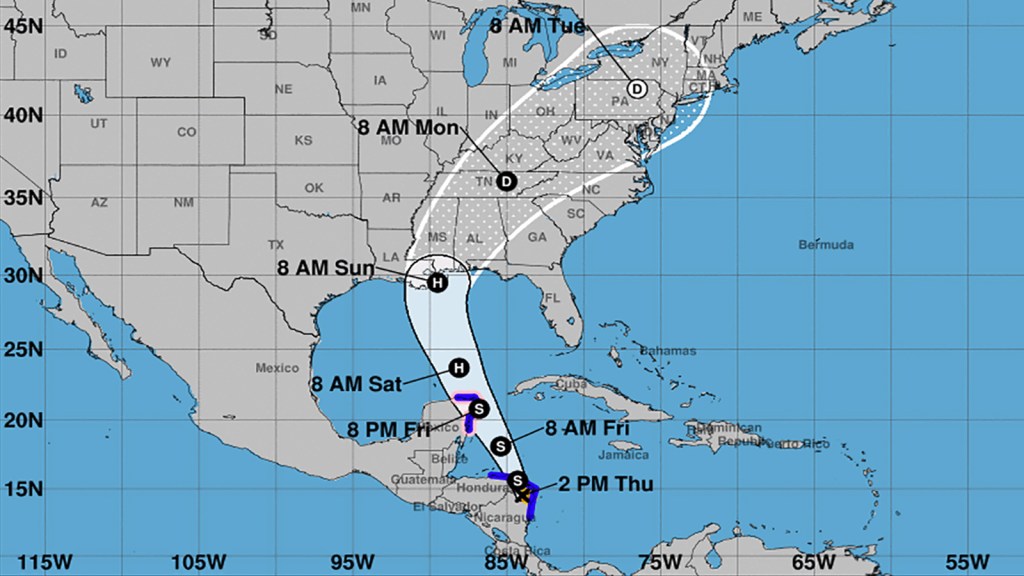 Tropical Storm Nate could hit the Gulf Coast as a hurricane this weekend.

The storm is the latest reminder that this year’s devastating hurricane season is far from over.

Nate is currently bringing heavy rain to Nicaragua and Honduras — up to 30 inches in some isolated areas — and could cause life-threatening floods and mudslides. On track to move northwest through the Gulf’s warm waters, Nate could make landfall in the United States as a hurricane this weekend.

The National Hurricane Center warns people living along the coast from Louisiana through the Florida panhandle to keep an eye on the storm. Though Nate’s not projected to be as intense as Irma or Maria, it could still bring dangerous floods.

Growing consensus among NHC + models that #Nate will approach the New Orleans area Saturday night as a hurricane.
Start preparing for it. pic.twitter.com/J8NTDuzEC1

In New Orleans, officials began preparing for the storm on Thursday. The city escaped blows from Harvey and Irma, but flooding this summer revealed that 17 of New Orleans’ 120 pumps were broken. Some pumps were fixed, but 12 are still out of commission.

This hurricane season is already one of the most destructive on record, and we have nearly two months until it’s over.

Kate Yoder
A court says the Trump administration broke the law in not enforcing methane-leak rules.
Eating grass-fed beef probably won’t save the planet, according to a new review.