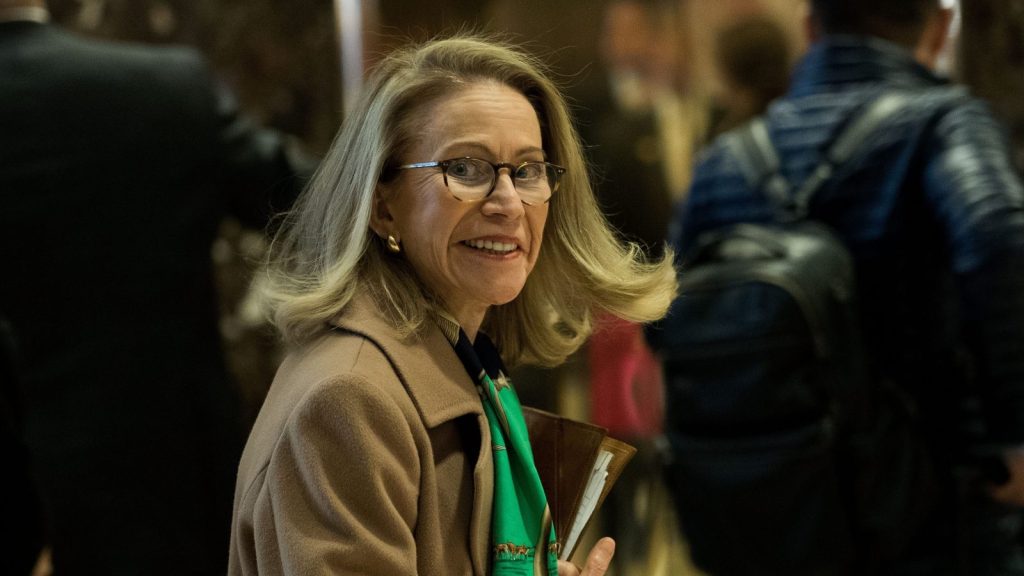 Trump’s controversial environment pick is out.

President Trump’s nominee for the Council on Environmental Quality called CO2 a “plant nutrient,” which is true, I guess, but Kathleen Hartnett White also said that “Carbon dioxide has none of the characteristics of a pollutant that could harm human health,” so …

The environmental adviser nominee faced fierce opposition from congressional Democrats, who argued White’s climate denial disqualified her for the position. On Saturday, the Washington Post reported that White had withdrawn her name from consideration.

White drew widespread criticism after footage of her confirmation hearing made the rounds on social media last November. During that hearing, White said, “I do not have any kind of expertise or even much layman study of the ocean dynamics and the climate-change issues,” as a visibly frustrated Senator Sheldon Whitehouse pressed her on some pretty basic laws of nature.

As head of the CEQ, White would have had to assess the environmental effects of federal energy policies, a task best suited for someone who understands that humans have an effect on the environment.

Zoya Teirstein
Tesla solar products are coming to a store near you.
A record-breaking number of scientists are running for office this year.