Trump has no clue what it takes to ensure clean air and water. - Grist 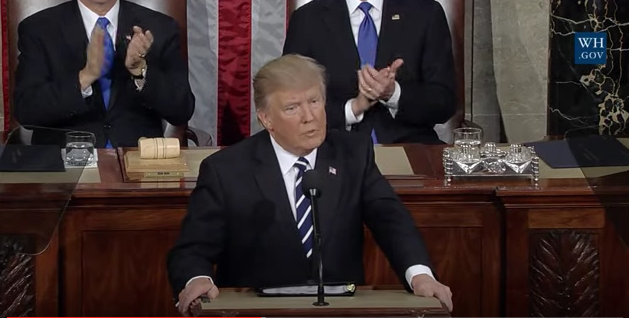 Trump has no clue what it takes to ensure clean air and water.

In his address to Congress on Tuesday night, the president made some nice-sounding promises: rebuild railways and other infrastructure, “make our communities safer for everyone,” and “promote clean air and clear water.”

But other pledges he’s making and actions he’s taking contradict those goals. In his speech, he talked about deregulating the coal industry, which would lead to more air pollution, and clearing the way for the Keystone XL and Dakota Access pipelines, which would threaten water supplies.

Earlier on Tuesday, Trump directed the EPA to do away with a major set of protections for clean water. Soon, he’s expected to order a rollback of the Clean Power Plan, which would make it easier for utilities to keep pumping carbon dioxide and other pollutants into the air. And his infrastructure plan would give tax breaks to corporations but not fund many needed rail projects.

His disregard for the environment and public health is nothing new. But Trump did surprise us in one respect: He read off a teleprompter flawlessly, a feat he had never managed previously.

Emma Foehringer Merchant
Trump is coming for your clean water.
Here are 4 ways climate change is messing with our brains — for the worse.