Trump is still ranting against a wind farm being built near his Scottish golf course. - Grist

Conflict of interest, anyone? 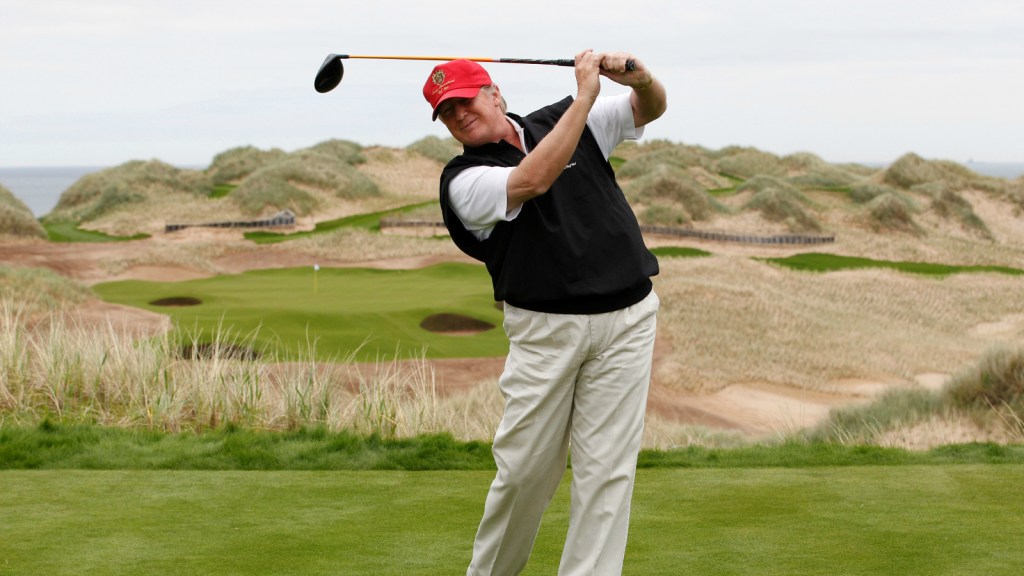 Trump is still ranting against a wind farm being built near his Scottish golf course.

It’s yet another indication that he has no qualms at all about mixing politics and business.

In Trump’s first post-election meeting with a British politician — Nigel Farage, a right-winger who led the Brexit campaign — the president-elect complained about wind farms and encouraged Farage and his entourage to fight them.

“Mr. Trump kept returning to … the issue of wind farms,” said Andy Wigmore, a former Brexit communications chief who was also in attendance. He “absolutely adores Scotland, which he thinks is one of the most beautiful places on Earth. But he is dismayed that his beloved Scotland has become over-run with ugly wind farms which he believes are a blight on the stunning landscape.”

Astute readers will remember that Trump has a long-running feud with a company that plans to build an offshore wind farm near a luxury golf course that he owns in Scotland.

When contacted by the New York Times, a spokesperson for Trump at first denied that any discussion of wind farms took place, then declined to comment. Later, Trump said that he “might have brought it up.” Such a discussion could be a violation of the Emoluments Clause of the U.S. Constitution.

Heather Smith
See for yourself a glimpse of police brutality at Standing Rock.
This weekend, you might be buying some things. Here’s how to do it.