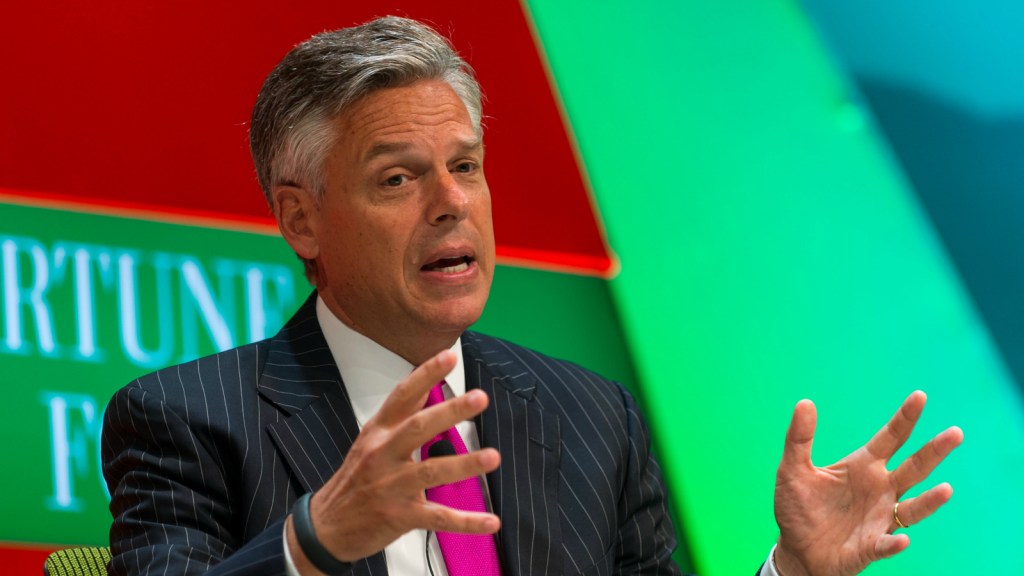 Trump just picked an ambassador to Russia who (gasp!) cares about climate change.

Jon Huntsman, who has reportedly accepted the president’s offer of nomination for the Moscow post, pushed climate action while governor of Utah from 2005 to 2009. He even called on Congress to cap greenhouse gas emissions in an Environmental Defense Action Fund ad in 2007.

During his unsuccessful run for the 2012 Republican presidential nomination, Huntsman got more wishy-washy: He backed away from his support for cap-and-trade and said scientists owed the public more of an explanation about global warming.

Still, he was the only GOP candidate who talked sense about climate change:

To be clear. I believe in evolution and trust scientists on global warming. Call me crazy.

That tweet and the beliefs behind it probably helped sink his candidacy. In a 2012 interview with Grist after he dropped out of the race, Huntsman said his position on climate change “didn’t help at all.”

He continued to be vocal on the issue. In 2014, he wrote an op-ed in the New York Times entitled “The G.O.P. Can’t Ignore Climate Change.”

Huntsman served as ambassador to China during President Obama’s first term, and set a goal of collaborating with China on climate solutions. Don’t expect him to state any similar aims for his time in Russia. Even though he and Vladimir Putin both say that climate change needs to be addressed, Huntsman’s would-be boss disagrees.

Lisa Hymas
Oil could flow through the Dakota Access Pipeline as early as next week.
One of the most important figures in environmental justice just quit Trump’s EPA.