Trump moved to push through the Keystone XL and Dakota Access pipelines, but it's not a done deal. - Grist

Pipe down over there 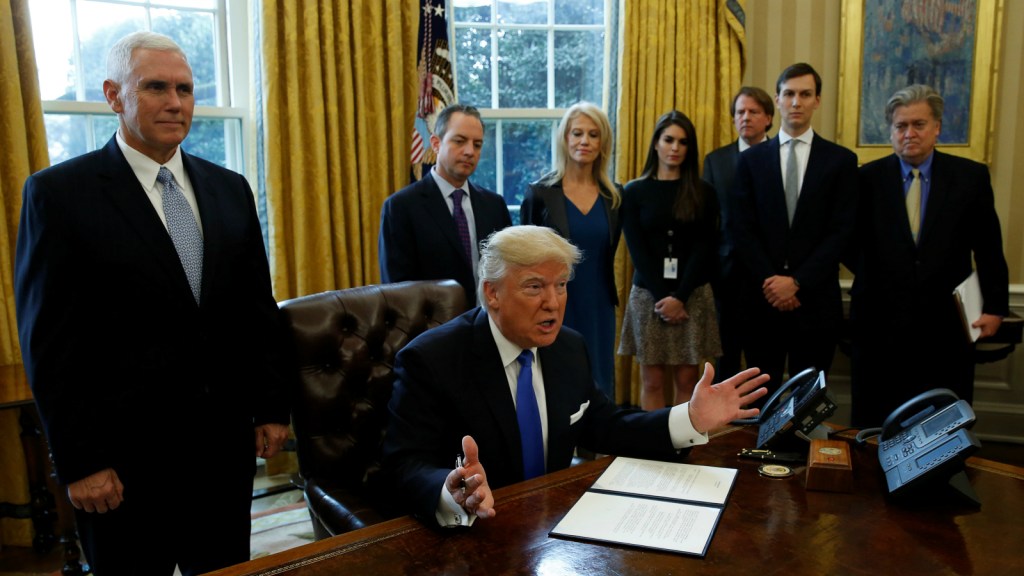 Trump moved to push through the Keystone XL and Dakota Access pipelines, but it’s not a done deal.

On Tuesday, he signed executive memorandums clearing the way for their construction. At the same time, he said, “We are going to renegotiate some of the terms.”

What will this mean on the ground? No one knows.

TransCanada — the company that was trying to build Keystone until President Obama rejected it in 2015 — is interested in resurrecting it. But on Tuesday, Trump said pipelines should be built with American steel, and TransCanada had planned to get about 35 percent of its steel from Canada. Also, Trump said last year that the U.S. government should get a share of profits from Keystone, which might not be legal.

The Obama administration halted construction of the Dakota Access Pipeline in December, ruling that the Army Corps of Engineers should do further environmental study before determining whether a segment of it could be built under Lake Oahe in North Dakota. Now it’s unclear if that study will go forward. Bloomberg reports that Trump’s advisors have urged him to reverse the call for more environmental study and direct the Army Corps to OK the construction.

But the Trump administration is sure to get sued as it tries to skip environmental reviews and force the projects through. Meanwhile, activists are pledging to double down in their fights against both pipelines.