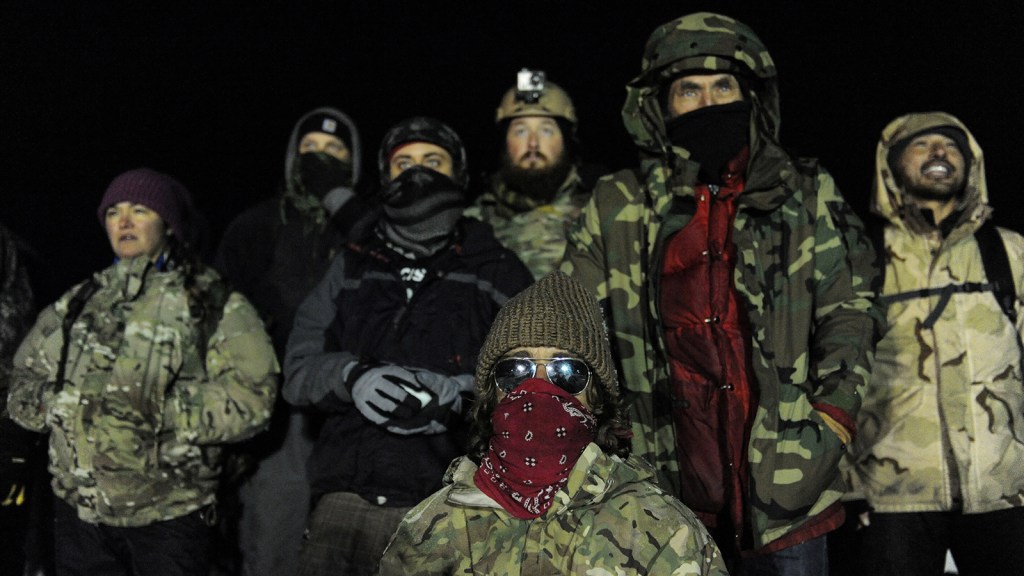 The president-elect’s transition team said that his stance “has nothing to do with his personal investments and everything to do with promoting policies that benefit all Americans,” despite media reports on Trump’s significant financial ties to the controversial pipeline.

The anti-Dakota Access Pipeline movement saw a small victory in the form of a letter from Wells Fargo, one of the 17 banks funding the pipeline, that requested a meeting with Standing Rock Sioux Tribe’s elders. The letter arrived on the heels of divestment rallies in Minneapolis, Portland, and Iowa City, where protesters called for people to close their Wells Fargo accounts.

In North Dakota, construction lurches on to completion. As promised, U.S. veterans have begun to stream into Oceti Sakowin camp. Pledging to act as human shields in the face of a militarized police force that’s arrested 564 people, the veterans will soon build barracks to outlast the cold as hundreds more join their ranks this weekend.

Sabrina Imbler
The mannequin challenge may be in its twilight, but public transit has our hearts forever.
Look, we spend a lot of time reading the internet — here’s the best stuff of the week.