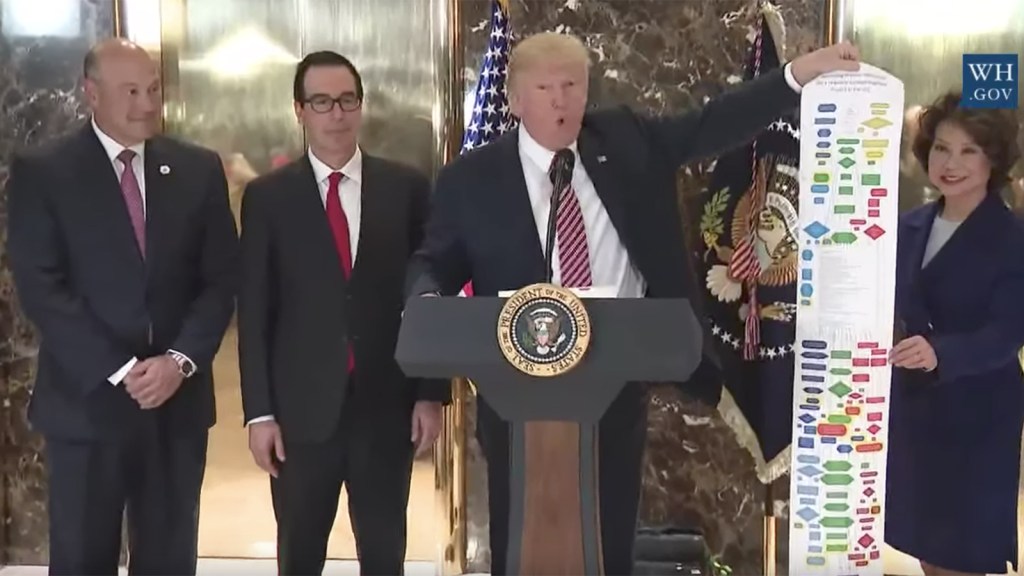 Trump wants to ignore the effects of climate change when permitting infrastructure projects.

President Trump signed an executive order Tuesday that he said will streamline the environmental review required to get large public construction efforts — like roads, bridges, and buildings — off the ground.

From the gilded lobby of Trump Tower, the president proclaimed that the executive order would repair our “badly broken” process for garnering permits for infrastructure projects.

The policy sets a goal of two years for finishing a permitting process and assigns a lead government agency to helm each approval. The order also rescinds an Obama-era requirement that government-funded buildings take into account likely sea-level rise in design and construction. (States and other local agencies, however, will still be able to establish stricter permitting practices.)

Updating America’s “crumbling infrastructure” became a central tenet of Trump’s presidential campaign — and he promised billions to the effort. Trump called the current permitting process a “massive, self-inflicted wound on our country.”

The White House argues the order will bring “accountability and discipline” back to the permitting process. But many environmentalists decry it as an obvious attempt to skirt environmental rules — and cite it as further evidence of Trump’s anti-climate change agenda.