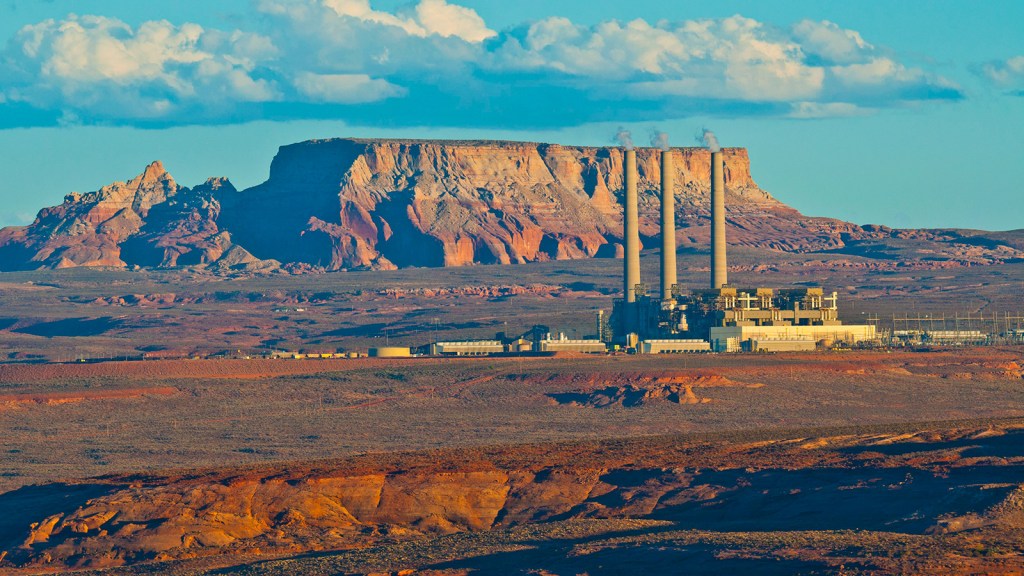 Trump wants to keep the largest coal plant in the West, built on Navajo land, open.

Sure, the Arizona facility has been a significant source of funding for schools, infrastructure, and other public services. But the Sierra Club estimates that it has contributed to 16 premature deaths, 25 heart attacks, 300 asthma attacks, and 15 asthma emergency room visits each year. That adds up to total annual health costs of more than $127 million.

Beyond that, after natural gas prices fell, the coal-fired plant became unprofitable. So the owners of the Navajo Generating Station decided to close the plant by year’s end. Still, the Interior Department, which owns a 24-percent stake in the facility, has worked to extend a lease agreement through 2019 as it searches for another entity to operate it.

The closure won’t just shutter the plant, but also likely will close a nearby mine. Peabody, the largest coal-mining company in the U.S., began operating on Navajo land in the 1960s. Its Kayenta Mine’s biggest customer is the Navajo Generating Station.

But the mine’s demise might not be a bad thing, as it has depleted billions of gallons of water in the Navajo Aquifer and has led to water shortages for residents of the Navajo Indian Reservation.