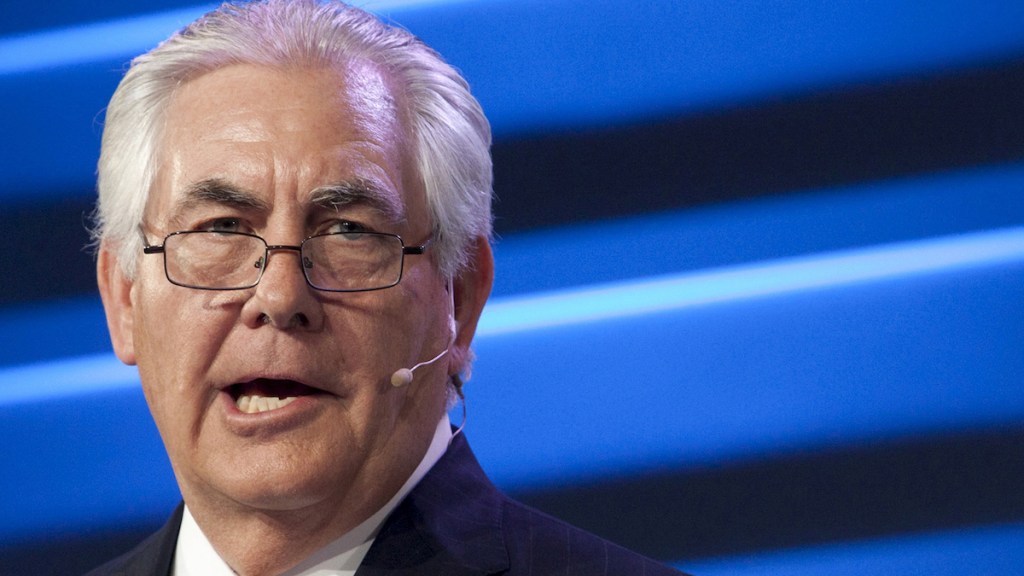 This may sound like a hyperbolic joke, but unfortunately it isn’t: Rex Tillerson will join Trump’s cabinet of corporate chieftains as secretary of state.

Much like Trump’s picks to run other key cabinet departments such as Treasury, Labor, and Housing and Urban Development, Tillerson has no experience in government.

What he does have is 41 years of experience working at our largest oil company, including 12 years running it. Tillerson typically maxes out in donations to Republican candidates and he has a cozy relationship with Trump’s favorite petrostate kleptocrat, Vladimir Putin.

Like Trump himself, Tillerson brings an array of potential conflicts of interest to his future job. Green groups are already raising questions about some of them.

How does he feel about U.S. sanctions on Russia, which cost his company lucrative drilling contracts? And what about the Paris Agreement, which the U.S. State Department led the way in negotiating and which set carbon emission reduction goals that would force ExxonMobil to keep much of its massive oil and gas reserves in the ground? Trump opposes the climate deal anyway, but how might Tillerson’s oil business background influence the administration’s global climate policies?

Then there’s the fact that Tillerson’s company is currently under investigation from state attorneys general for allegedly lying to the public about the science of climate change. As 350.org Executive Director May Boeve put it in a statement, “Tillerson deserves a federal investigation, not federal office.”