Trump’s Harvey aid donation is a drop in the bucket compared to the storm’s real price tag. - Grist 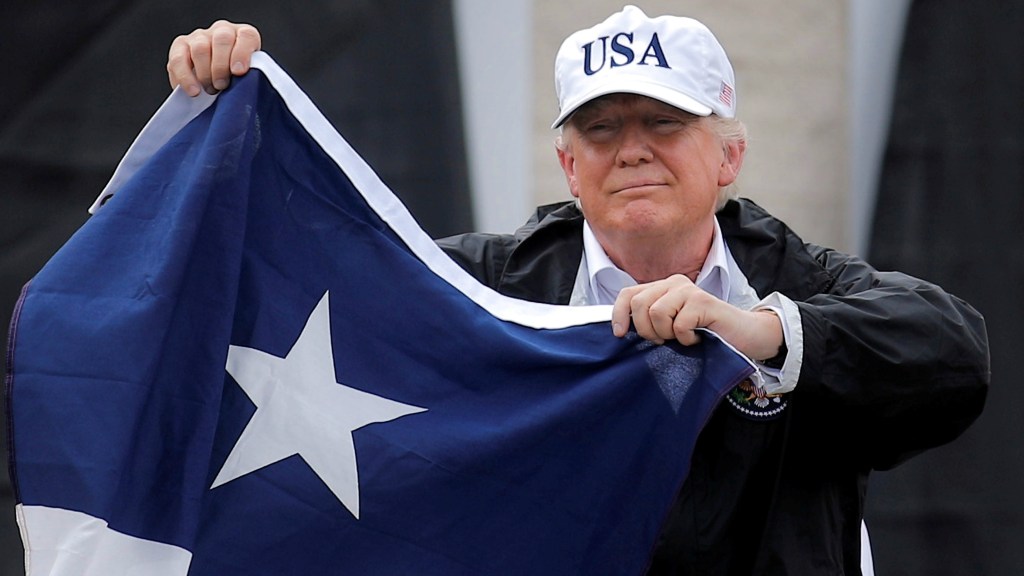 Trump’s Harvey aid donation is a drop in the bucket compared to the storm’s real price tag.

True, a $1 million donation isn’t anything to sneeze at (assuming he follows through with his donation promises this time) but initial estimates of Harvey’s cost aren’t in the millions. They’re in the billions.

How many billions? Nobody’s sure yet. AccuWeather kicked off the guesstimates with an alarming $190 billion, calling Harvey the “costliest and worst natural disaster in American history.” Meanwhile, reinsurer Hannover Re sits on the opposite end of the spectrum, with a guess of $3 billion or less. Meteorologist Bryan Wood says the most likely estimates lie somewhere between $70 to $100 billion.

Harvey blew all predictions out of the water, so it’s no surprise that the same goes for the financial repercussions. Chuck Watson, a geophysical hazards modeler, told NBC that traditional forecast models don’t work for the tropical storm and with estimates of “a big system like Harvey, you’re so dependent on things you can’t predict.”

In the meanwhile, as donations continue to pour in, Trump finds himself “standing in a puddle acting like a President.”

Manola Secaira
Harvey knocked out the water supply for thousands in Beaumont, Texas.
A flooded chemical plant near Houston is just going to keep exploding.