One rule forward, two rules back 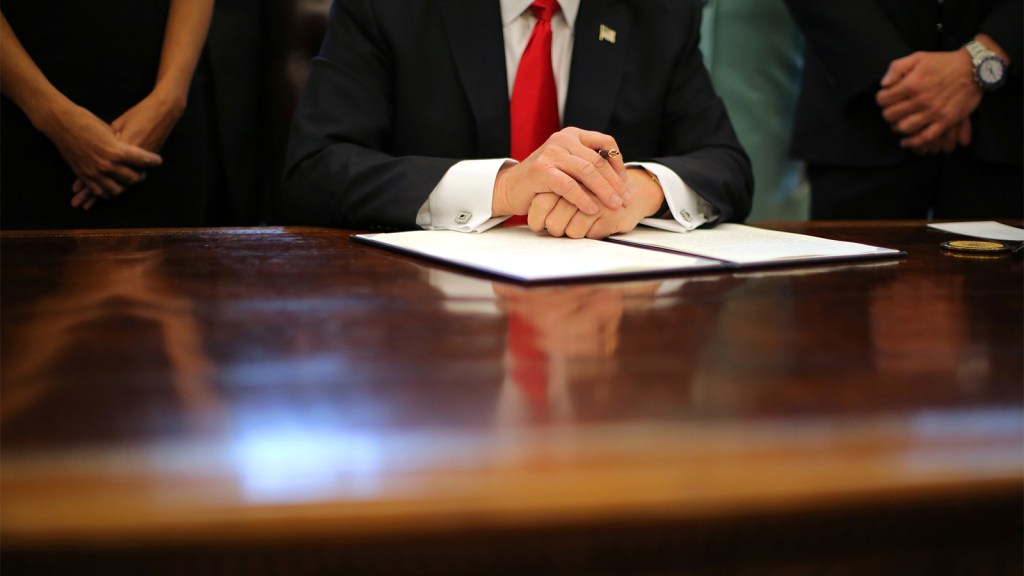 On Monday, the president signed “a big one”: an executive order mandating that for every new regulation created, two regulations must be eliminated.

The order also says that the total cost of regulatory changes should be zero. Rules related to the military, national security, and foreign affairs are exempted, of course.

Experts are scratching their heads over what this will mean. “The whole rule-writing area is now in complete chaos and environmental rules are going to be caught up in that,” said Georgetown environmental law professor Hope Babcock.

“An agency can’t just say here’s a regulation and goodbye two,” said Georgetown law professor William Buzbee. “Every change in regulation requires a new rulemaking. What this will really do — this is requiring so much work — is most agencies will have incentives to avoid doing any rulemaking.”

And getting rid of regulations isn’t easy. The president has to “faithfully execute” all laws and cannot undo agency regulations that enforce laws like the Clean Air Act. Any rollback, such as eliminating a species from the endangered list, would have to be completed in accordance with the Administrative Procedure Act, which takes time, according to Babcock. “You can’t just by executive fiat rescind a rule,” she said.

Emma Foehringer Merchant
Trump’s first White House screening was a movie about migration and environmental pollution.
If you’re looking for a beacon of hope, read this article about young Dakota Access protesters.