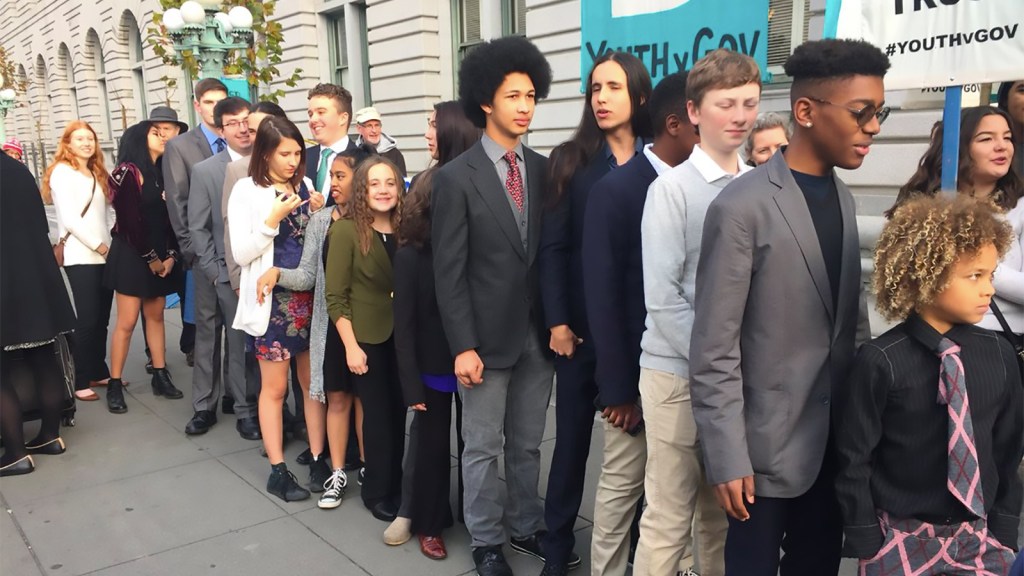 Trump’s lawyers tried (and probably failed) to throw out the kids’ climate lawsuit.

On Monday, a group of young people suing the U.S. government for willfully infringing on their constitutional right to a stable climate had their (initial) day in court. The oral arguments lasted about an hour at the 9th Circuit Court of Appeals in San Francisco.

Trump administration lawyers are trying to get the case thrown out on a technicality, alleging that the act of sifting through decades of documents in preparation for trial would cause the government “irreparable harm.”

In a nutshell, the youth are suing to establish new environmental protections on the basis of intergenerational equity. Their lead lawyer, Julia Olson, called the lawsuit “this generation’s Brown v. Board of Education.”

Experts on climate law say there’s good reason to think the kids’ case will be allowed to proceed. Moments after Monday’s hearing, Michael Gerrard, the director of the Sabin Center for Climate Change Law at Columbia University, tweeted that two of the three judges on the panel appeared worried that throwing this case out now would have wide-ranging repercussions.

Should the lawsuit move on, the next step will be the trial itself in February. The Trump administration’s lead lawyer, Eric Grant, has already called it the “trial of the century.”

#youthvgov plaintiffs wait patiently for the hearing to begin in the 9th Circuit Court in San Francisco this morning pic.twitter.com/ypjo6fPhEW

Eric Holthaus
The warming Arctic could put a serious dent in wind energy production.
Here’s a $17 billion blueprint for how to rebuild Puerto Rico’s electric grid.