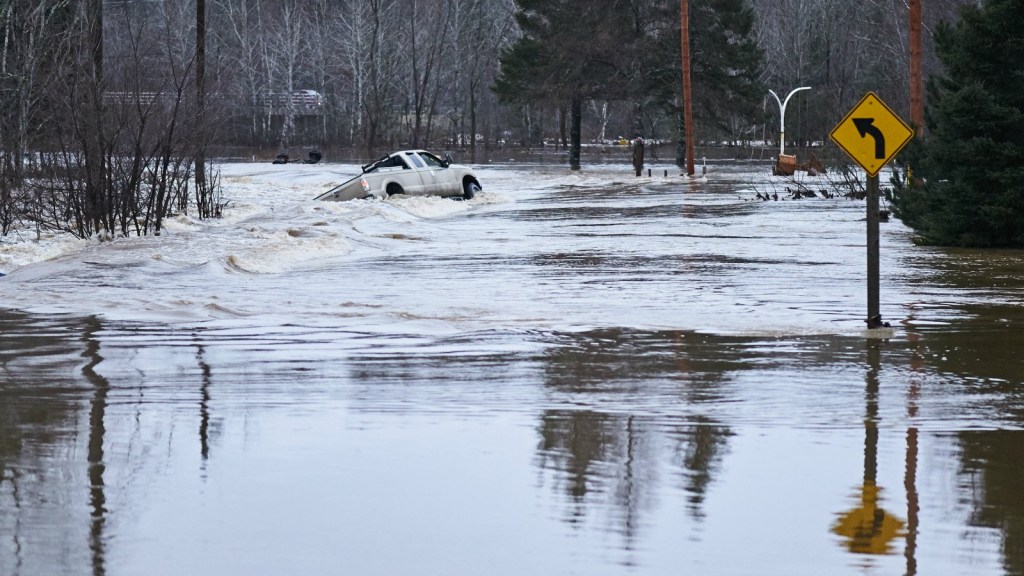 Trump’s newest funding cuts are a nightmare for national security and public health.

On that note: In the event of a flood, do you prefer your town with or without toilet water flowing down the streets?

President Trump’s proposed cuts, issued on March 16, would roll back or eliminate programs that deal with environmental security concerns, the Intercept reports. These concerns include pandemics, extreme weather, and, yes, floods of sewage.

One minor problem: Virtually every major federal security document ever compiled on climate change names it as a significant threat to national safety. Both within the U.S. and around the world, we can expect rising seas, extreme weather, dramatic flooding, intense wildfires, and prolonged drought to increase migration, conflict, and health risks.

Trump has attempted to cultivate a tough reputation on national security with proposed increases in military spending, vague threats against North Korea, or yelling about That Wall all the time. But it looks like he’s ignoring a pretty enormous weak spot.

Kate Yoder
This is embarrassing, but there might be some climate denial in your school.
Meet the fixer: This organizer fights for safer waste disposal.