Trump's pick for agriculture secretary believes you can pray drought away. - Grist 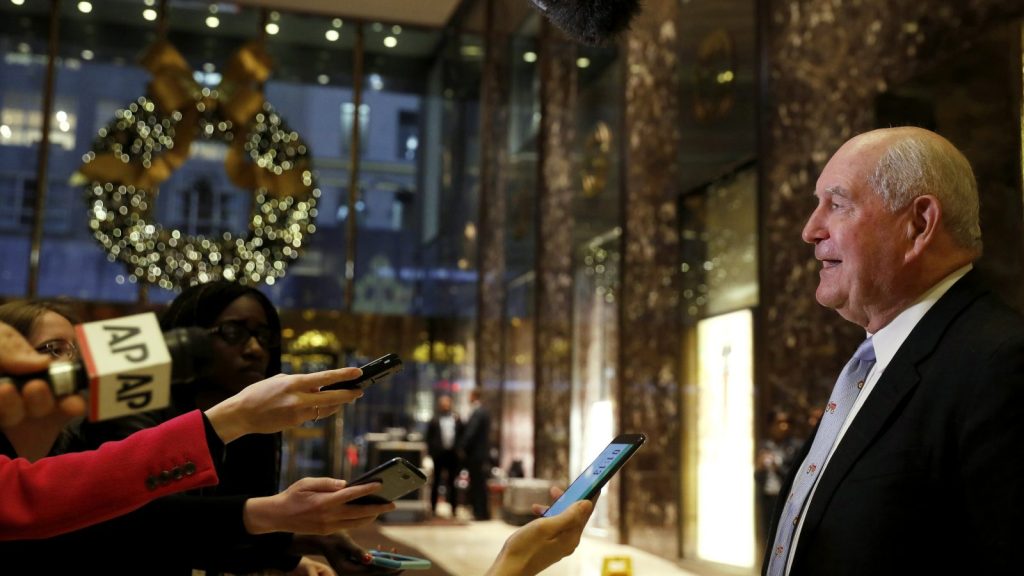 Trump’s pick for agriculture secretary believes you can pray drought away.

Before entering politics, Perdue was a veterinarian and ran a grain and fertilizer business. As Georgia governor — the first Republican to run the state since Reconstruction — he prayed for rain on the steps of the state capitol in hopes of ending one of the worst droughts in decades. Perhaps it worked: Two years later, in 2009, Perdue governed during the most severe floods in Georgia’s recorded history.

Despite witnessing these weather extremes, Perdue is a climate change denier who called global warming a “running joke among the public” in a 2014 editorial in the National Review. “Liberals have lost all credibility when it comes to climate science,” he wrote, “because their arguments have become so ridiculous and so obviously disconnected from reality.”

The Department of Agriculture executes federal law and policy connected to farming, food, and forestry. Among other things, it runs programs designed to curb the agriculture sector’s environmental impact and carbon footprint: In 2014, agriculture contributed 9 percent of total U.S. greenhouse gas emissions. Under Perdue and Trump, don’t bet on that declining.