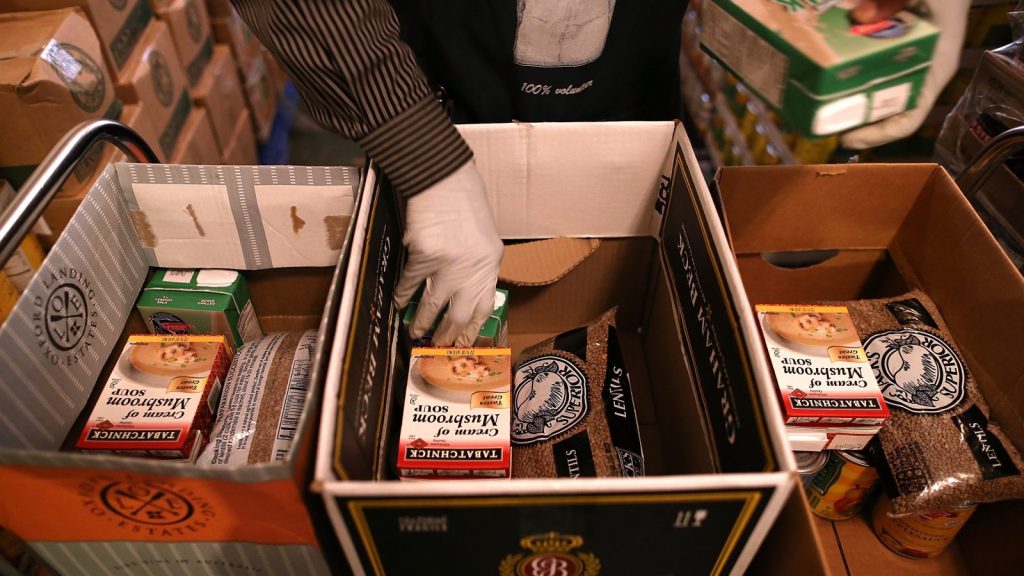 The White House’s new budget proposes slashing food stamp funding in half and offering low-income families a monthly box of nonperishable foods instead.

Mick Mulvaney, director of the Office of Management and Budget, calls it a “Blue Apron–type program.” But unlike Blue Apron, the boxes wouldn’t include fresh food: They’d be filled with shelf-stable milk and canned meat, fruits, and vegetables. Yum!

Meal kits have some environmental drawbacks. They usually require more packaging than what you’d pick up at the grocery store because of the non-standard quantities of ingredients used in recipes.

And while the White House says the boxes would save the federal government $214 billion, states would have to foot the bill for distributing the boxes and cope with the associated carbon emissions.

Proponents of ready-to-make dinners say that the portion-controlled meals help reduce food waste. But this wouldn’t be the case for Trump’s “America’s Harvest box,” which would essentially dictate what 16 million low-income households should eat — regardless of differences in culture, preference, allergies, or medical needs. And rather than expanding access to fresh produce, the program would render families dependent on canned and processed foods.

Justine Calma
A woman was forcibly removed from a public hearing for listing lawmakers’ oil and gas donations.
Queen Elizabeth has no patience for plastic.