As the Uber turns 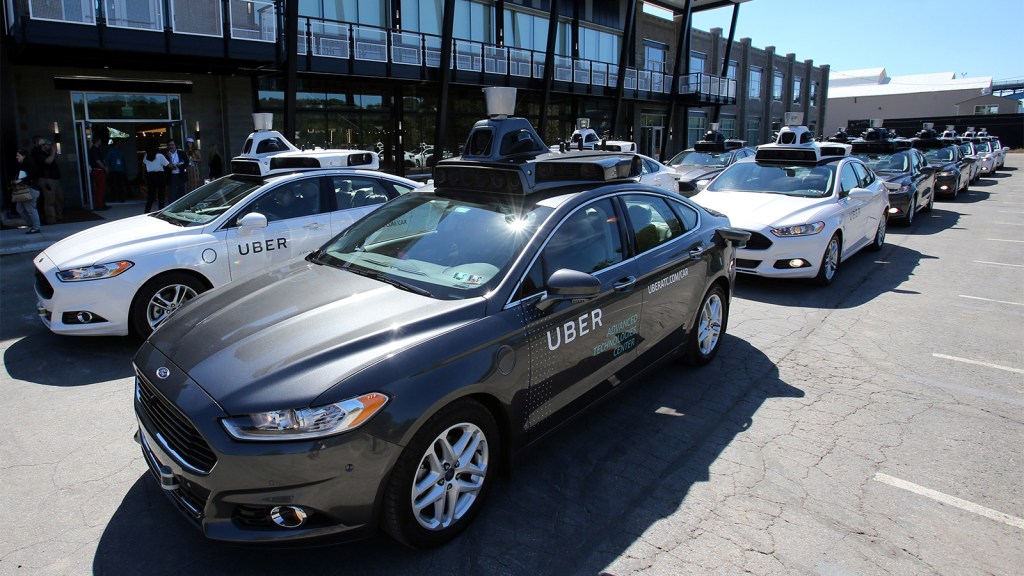 The ones released into the wilds of San Francisco last week have been spotted running red lights and making dangerous right-hook turns across bike lanes instead of following California law and merging into the bike lane before turning right (aka “turn from the curb”).

Uber blamed one incident of red-light running on an employee who was in the front seat of the car, but admitted that its self-driving software has a problem with bike lanes. Engineers are working to fix it, an Uber spokesperson told the Guardian.

Anthony Levandowski, head of Uber’s autonomous vehicle program, said the company has no plans to stop testing cars in San Francisco even though it’s illegal. Uber is not one of the 20 companies approved by the state to test self-driving cars on public roads. “It’s an important issue of principle,” Levandowski said.

Humans too struggle with right turns and bike lanes. Cities that put a priority on safe cycling alter intersections to make right-hook turns difficult if not impossible. The Dutch do it with concrete barriers …

… while some U.S. cities use painted “bike boxes” that keep cyclists in front of cars at intersections.

Heather Smith
Obama put a permanent kibosh on offshore drilling in parts of the Arctic and Atlantic.
Trump team wants details on the State Department’s climate efforts. That can’t be good.