Um, where did all of the Arctic and Antarctic sea ice just go? - Grist 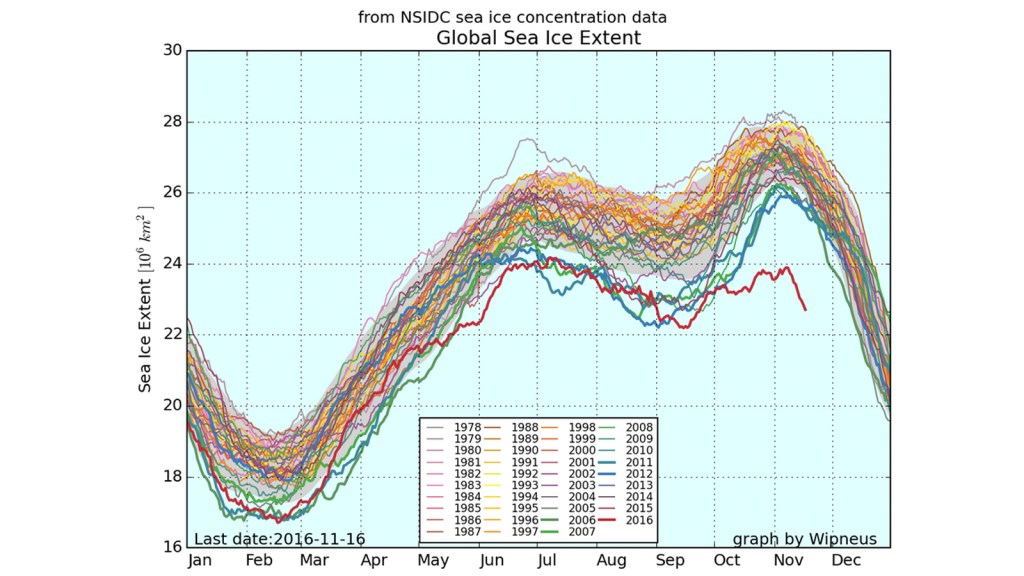 Um, where did all of the Arctic and Antarctic sea ice just go?

Into the ocean, it seems. New satellite data show the total area of global sea ice dipping wayyy below the National Snow and Ice Data Center’s record for this time of year.

In fact, Arctic sea ice has dropped well below the next-lowest seasonal extent ever observed (which was in 2012). That year’s all-time record low was narrowly avoided in September, the month when Arctic sea ice levels typically are at their lowest. But the fact that ice levels are lower now than they were this same time in 2012 is part of what makes this latest data so alarming.

Meanwhile, Antarctic sea ice is also much lower than usual at the end of the Southern Hemisphere’s winter.

Both the #Antarctic and #Arctic #seaice extents are abnormally small. That's the story. pic.twitter.com/nObJ4WqsUl

We’ve gotten somewhat used to broken records here, but watching sea ice levels flatten out when they should be peaking is well beyond normal understanding of record lows and highs.

Meanwhile, the temperature at the North Pole right now is a not-cool 36 degrees F above average. Is this what the Upside Down feels like?

Amelia Urry
A woman who fought predatory oil and gas leasing on Native lands got the Presidential Medal of Honor.
Watch people on the frontlines of the Dakota Access fight defend their water and their rights.