Water bills are skyrocketing, and people of color are being hit hard. - Grist 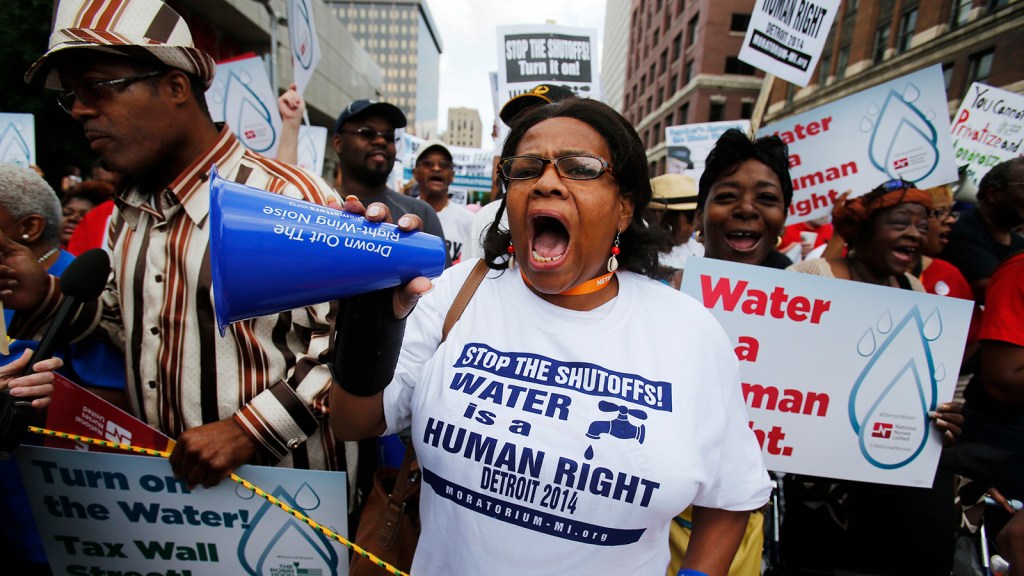 Water bills are skyrocketing, and people of color are being hit hard.

A new Chicago Tribune investigation found that residents in black and Latino communities are charged water rates up to 20-percent higher than those in predominantly white neighborhoods.

The Tribune examined 162 Chicagoland communities with publicly managed systems using water from Lake Michigan. While only 13 percent of the cohorts surveyed are majority-black, those groups included five of the 10 areas with the highest water rates.

Water bills are soaring across the country. A recent USA Today report of 100 municipalities found that over the past 12 years, the monthly cost of water doubled in nearly a third of cities. In Atlanta, San Francisco, and Wilmington, Delaware, the price of water tripled or more.

Low-income residents and communities of color are bearing the brunt of surging water rates, which have buried families in debt, causing some to lose their homes. In Flint, Michigan, more than 8,000 residents faced foreclosure because of unpaid water and sewage bills.

This year, Philadelphia launched an income-based, tiered assistance program to aid low-income residents. City Councilwoman Maria Quinones-Sanchez spearheaded the bill because residents in her district — which includes some of Philly’s largest Puerto Rican communities — bore 20 percent of the city’s unpaid water debt despite only being a tenth of its population.

Justine Calma
A tiny energy company got in a big feud with San Juan’s mayor.
Overworked and understaffed, the National Weather Service is “on the brink.”