Wave power has finally come to the United States. - Grist

the motion of the ocean 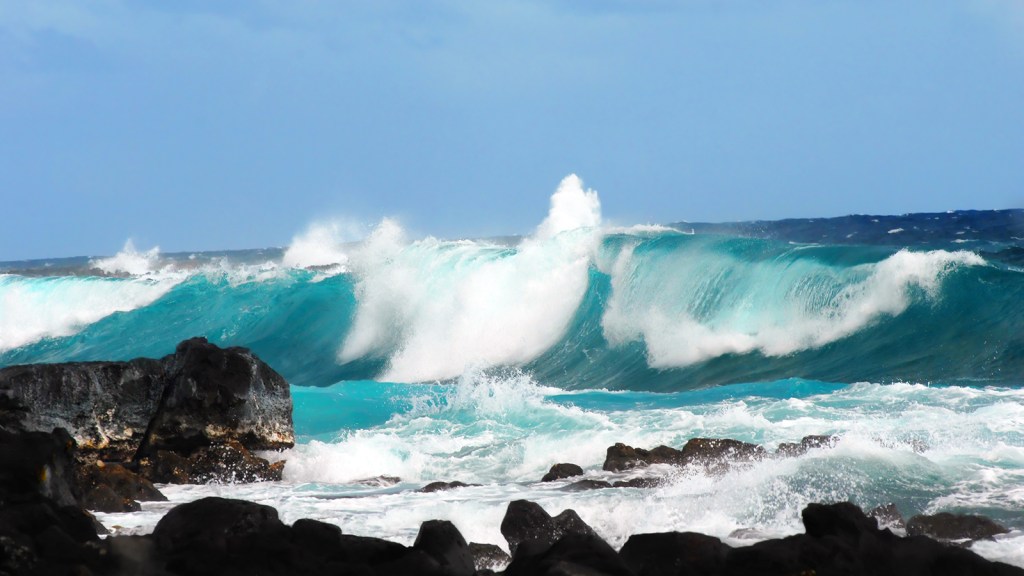 Wave power has finally come to the United States.

Less than a mile off the shores of Hawaii, two buoys are hard at work, bobbing up and down as they turn energy from the ocean’s movement into electricity. That electricity travels ashore to Oahu’s power grid through an undersea cable.

It’s a test project, producing only enough power for about a dozen households. But it’s the first successful wave-energy project in the United States so far (in the wake of an abandoned project off the Oregon coast), despite experiments that date all the way back to the 19th century.

Though development lags decades behind wind and solar, wave power has huge potential. The U.S Department of Energy projects that waves off the U.S. coastline could power more than 200 million homes.

But harvesting energy from waves is complicated, which may explain why it’s taken so long. Generators would ideally capture both up-and-down and side-to-side movement, in addition to withstanding strong storms and saltwater conditions. We still might be five or 10 years from wave power as an affordable alternative to fossil fuels.

So sit back, relax, and enjoy the waves — unless you’re a wave-energy engineer. Then get to work!

Kate Yoder
The federal government is investigating ExxonMobil’s accounting related to climate change.
Greenland has lost more ice in the last few years than we thought.