We finally heard what Clinton sounds like when she digs in on climate. - Grist 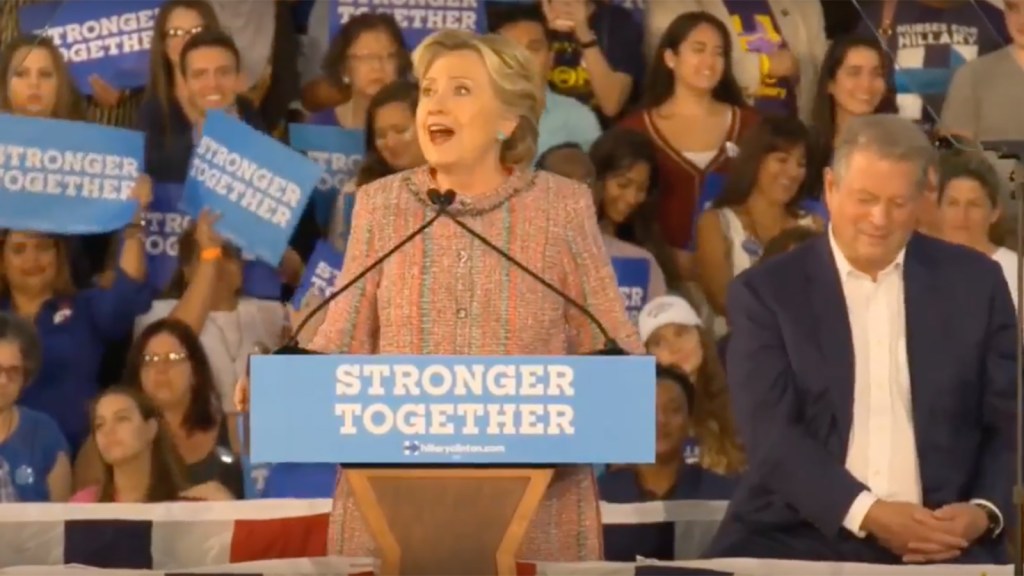 We finally heard what Clinton sounds like when she digs in on climate.

Al Gore and Hillary Clinton appeared side-by-side in a Miami campaign stop that framed the climate-change challenge in an unusually optimistic light.

“Climate change is real. It’s urgent. And America can take the lead in the world in addressing it,” Clinton said. She focused on the U.S.’s capacity to lead the world in a climate deal and as a clean energy superpower in a speech that mostly rehashed familiar policy territory.

Clinton ran down her existing proposals on infrastructure, rooftop solar, energy efficiency, and more, though she omitted the more controversial subjects, like what to do about pipeline permits, that have dogged her campaign.

Though Clinton and Gore largely framed climate change as a challenge Americans must rise to, they didn’t miss an opportunity to jab at climate deniers.

“Our next president will either step up our efforts … or we will be dragged backwards and our whole future will be put at risk,” Clinton said.

“The world is on the cusp of either building on the progress of solving the climate crisis or stepping back … and letting the big polluters call the shots,” Gore said.

Rebecca Leber
This coal baron is running for governor of West Virginia — and he owes millions in mine safety penalties.
The Podesta email leak sheds more light on his UFO fixation and cooking skills than anything else.