We might save melting ice caps by giving them blankets. - Grist 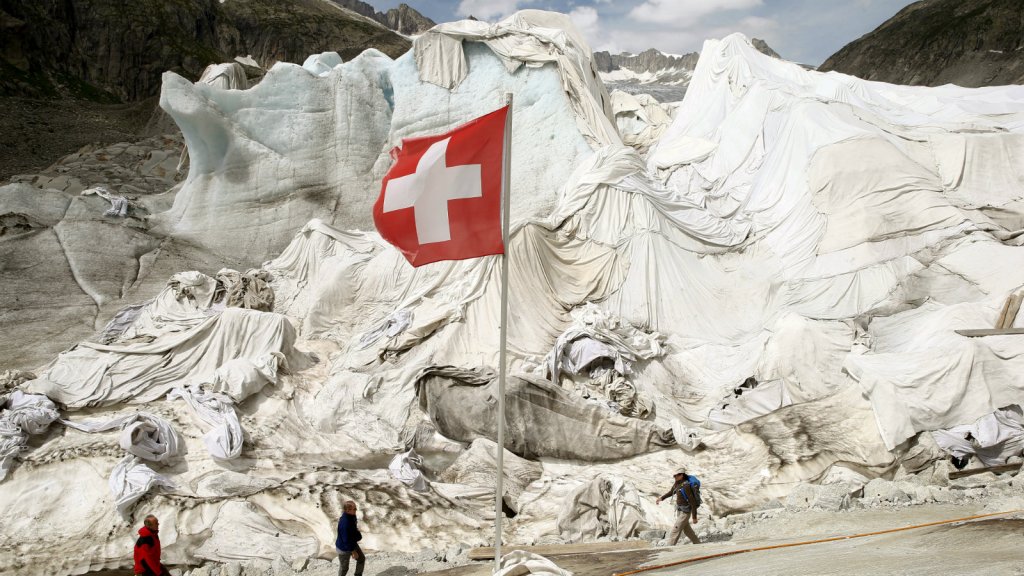 We might save melting ice caps by giving them blankets.

Yes, that’s a real proposal. We’ve officially moved out of the normal world and into a MacGyver-esque crazy-kludge land.

It’s one of a few eccentric — and potentially useful — ideas scientists have proposed for keeping the poles capped in ice. Let’s consider three of them.

Cover the ice: In the Swiss Alps, people pull white blankets over glaciers to shield them from the sun every summer. It may prevent up to 70 percent of the melting. Scientists say they could try something similar to preserve glaciers at the poles.

Then, there’s a proposal to spread “eco-friendly reflective sand on top of ice” from the nonprofit Ice911.

Just make more ice: Using giant wind turbines, we could pump water up on top of the ice during the winter. There — exposed to the cold air — it would freeze, providing an additional layer of protection for the summer.

Construct a cold foundation: Scientists have proposed building “underwater barriers in front of the glaciers most vulnerable to collapse, keeping warm ocean water from sloshing in to melt them,” as we wrote last month. These giant, underwater dams would eventually erode.

Let’s face it: All of these ideas are jury rigs. If we’re going to avoid some kind of sea-level rise disaster, we’ve got to curb greenhouse gas emissions. Pronto.

Nathanael Johnson
After a three-decade fight, the Chesapeake Bay is finally flourishing again.
Cape Town may have conserved enough water to avoid running out this year.