We will never know how many people died in Puerto Rico because of Hurricane Maria. - Grist 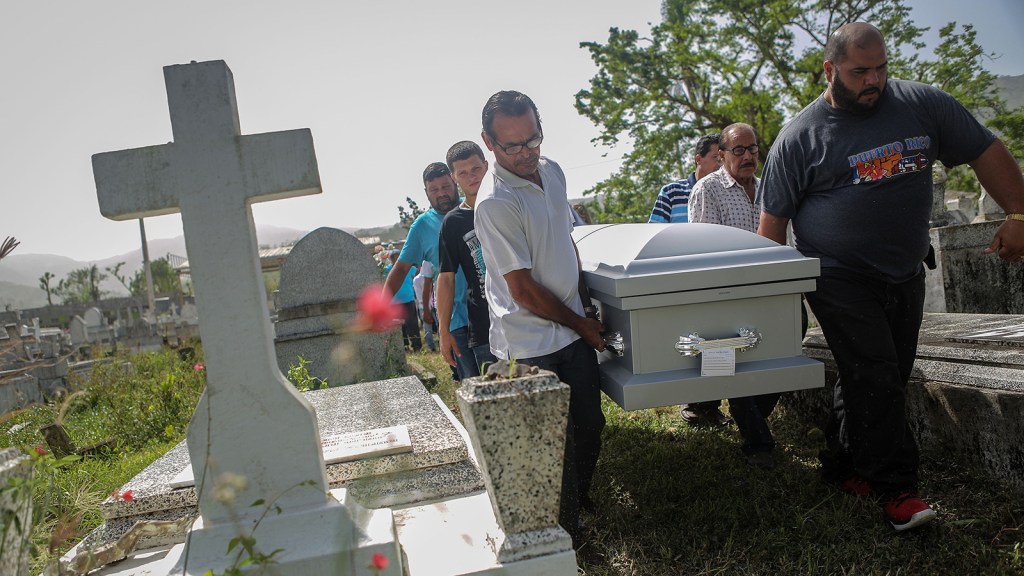 We will never know how many people died in Puerto Rico because of Hurricane Maria.

Although the official death toll stands at 51, that number fails to account for more than 900 people who have been cremated without being examined to determine if their deaths were attributable to the storm.

The Puerto Rican government has not released criteria to standardize what should be counted as a hurricane-related death. A BuzzFeed investigation found that funeral homes and crematoriums had different standards for what counts as a storm-related death. Some do not include deaths from heart attacks or from a lack of oxygen (which might have resulted from loss of electricity to breathing machines). However, the official death toll includes both of these circumstances.

Vox found additional reports of hurricane-related deaths that were not included in the official death toll, including residents who drowned in flood currents or while trying to rescue others.

During his early-October visit to the island, President Trump told Puerto Ricans that Hurricane Maria wasn’t a “real catastrophe” because the official death toll — 16 at the time — was far lower than the hundreds who died during Hurricane Katrina.

“These reports are extremely troubling,” Massachusetts Sen. Elizabeth Warren told BuzzFeed. “They provide even more reason to be concerned about the accuracy of the information we’re receiving.”