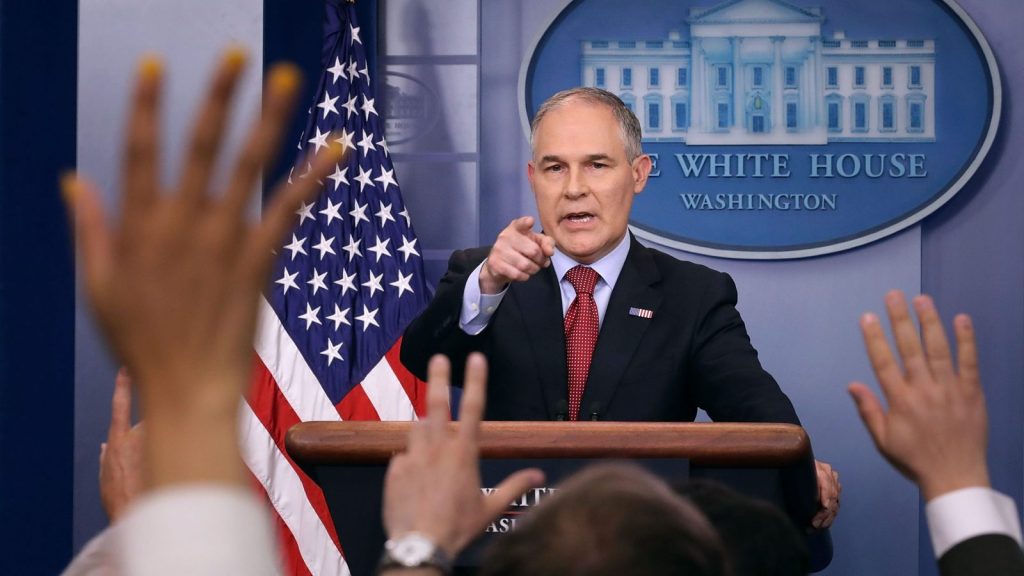 The Environmental Protection Agency administrator has seemingly made it his mission to burn as much jet fuel as he can, as expensively as possible. How does one even find a $1,641 ticket from D.C. to New York City?

The EPA’s latest explanation for the taxpayer-funded spending spree is that first-class upgrades help Pruitt avoid confrontations with fellow airport-goers — like when someone yelled at him “Scott Pruitt, you’re f—ing up the environment.” These types of encounters make Pruitt feel “unsafe” while flying, as Henry Barnett of the agency’s Office of Criminal Enforcement told Politico.

But that’s a strange way to justify all those first-class tickets, considering the events described happened in an airport, not a plane. Plus, airline safety experts say first-class isn’t really safer than the rank-and-file alternative.

Federal regulations say government travelers should act as any “prudent person” would. Pruitt could easily buy a window seat in coach with two aides by his side, as Norm Eisen, a former U.S. ambassador, pointed out on Twitter. Along with his 24/7 bodyguards, it seems like that should be enough.

Then again, maybe there’s a security advantage to heated towels and complimentary snacks we haven’t considered yet. Or maybe this is just another step of Pruitt’s plan to dismantle the agency he runs: spend its entire budget on extra legroom.