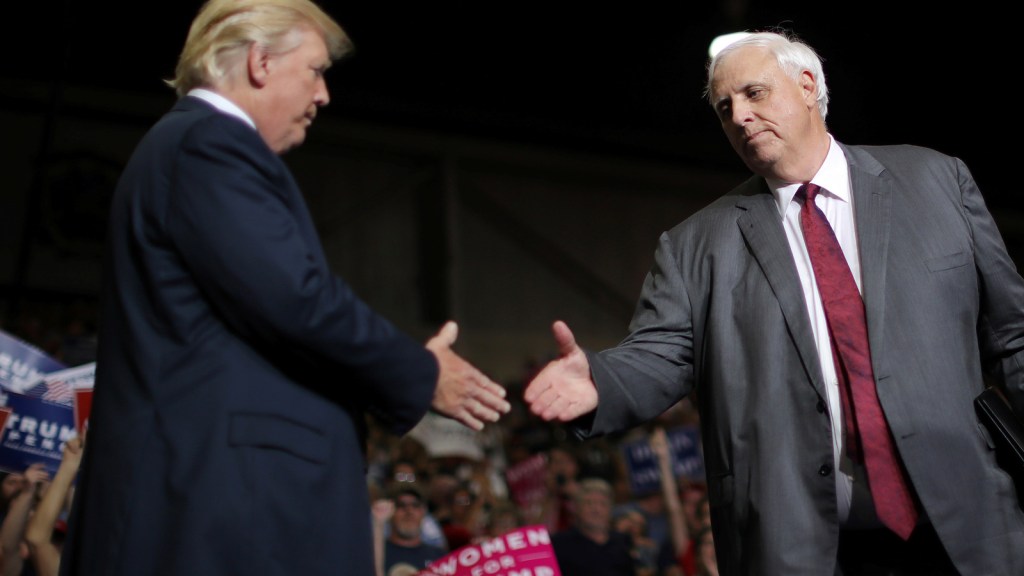 Jim Justice swapped parties in a highly publicized rally with President Trump. Now, he has a novel plan to prop up the dying coal industry: The federal government should pay power plants for every ton of Appalachian coal they buy, “in order to preserve our eastern coalfields.”

According to Justice, the country’s increasing reliance on natural gas and coal produced in Western states leaves the Eastern electricity grid vulnerable to security threats in the West. Justice says his proposed $15 per ton subsidy is an issue of national security (kind of like this other thing called climate change).

West Virginians elected Justice in November. West Virginia’s Metro News reports that he has already met with Trump a couple times to boost his subsidy plan.

Government subsidies on energy have been around since 1789, and most have gone to fossil fuels. Federal support for renewables has increased, but with Trump’s promises to end the so-called “War on Coal” that could change.