Western wildfires could still be burning by Halloween. - Grist 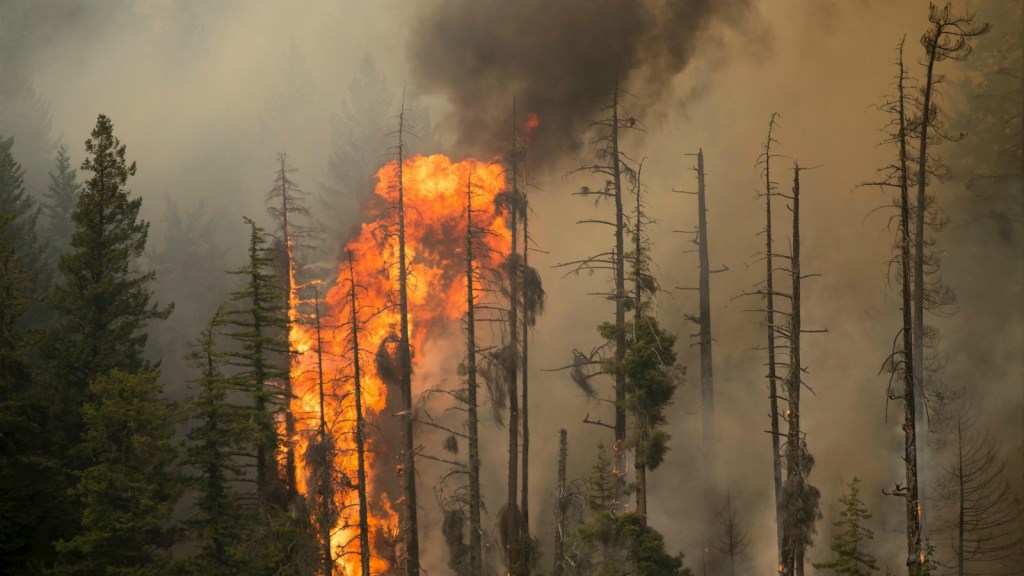 Western wildfires could still be burning by Halloween.

While many are predicted to be contained by mid-September, some of the fires won’t be contained until late October or even Nov. 1, according to the Oregonian’s wildfires map.

And “contained” means that a fire line has been dug around the flame’s perimeter, not that it’s out. That’s why fires can be 95 percent contained and still burning.

More than 50 wildfires are burning in the West right now, and some have been aflame for months. Why are they taking so long to put out?

“There are so many homes in a lot of these areas that firefighters have to focus on protecting them,” Jessica Gardetto, a spokesperson for the National Interagency Fire Center, told Grist. “In some cases, while they’re doing that, they can’t be suppressing the fire line as well.”

Sometimes, large fires begin shooting sparks outside of the main fire. Gardetto says the Chetco Bar Fire in Oregon has been sending sparks miles away, helping it spread.

A wildfire burning for weeks in the wilderness isn’t too unusual, Gardetto says. She’s seen fires burn on until snow starts falling. While there are few fire season–ending rains or snows currently in sight, many hope that moisture will soon help suppression efforts.