What a record-breaking year! Sigh. - Grist 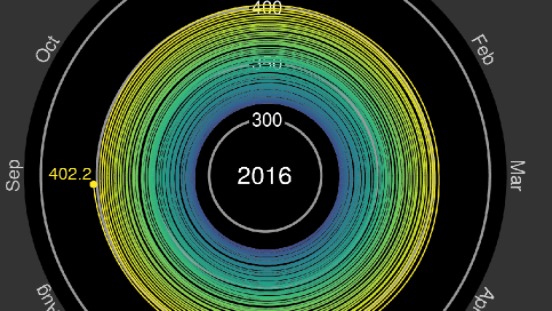 What a record-breaking year! Sigh.

This year was chock-full of superlatives — and not the good kind — thanks to a sweltering El Niño on top of decades of climate change:

1. The longest streak of record-breaking months, from May 2015 to August 2016. It was the hottest January, February, March, April, May, June, July, August, and September since we began collecting data 137 years ago, according to NOAA.

3. The Arctic is getting really hot. Alaska saw its hottest year ever, with temperatures an average of 6 degrees F above normal. Arctic sea ice cover took a nosedive to a new low this fall, as temperatures at the North Pole reached an insane seasonal high nearly 50 degrees above average. Reminder: There is no sun in the Arctic in December.

4. The first year we spent entirely above 400 ppm. After the biggest monthly jump in atmospheric CO2 levels from February 2015 to February 2016, those levels stayed high for all of 2016.

5. The hottest year. Pending an extreme plunge in global temperatures in the next few days, 2016 will almost certainly be the warmest year humans have ever spent on the Earth’s surface.

Amelia Urry
These states are already stepping up on climate action to prepare for a Trump presidency.
California is not playing around with climate action.