What the heck were thousands of red Skittles doing strewn across a frozen Wisconsin road? - Grist 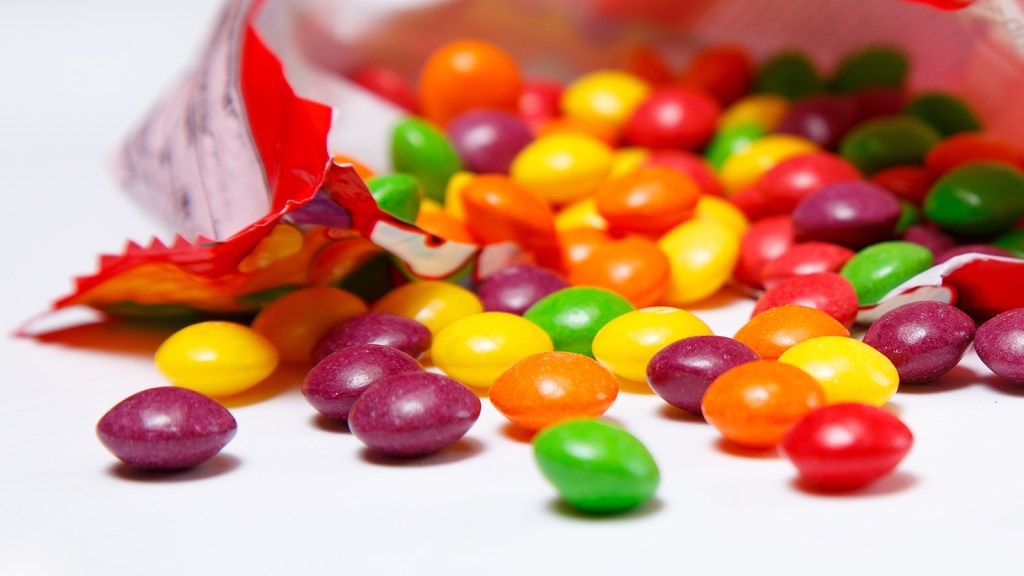 What the heck were thousands of red Skittles doing strewn across a frozen Wisconsin road?

Turns out, they spilled off a truck carrying them to a dairy farm. Which raises the question, what?!

You see, farmers have been feeding candy to cows for decades, if not always Skittles. Discolored chocolate bars, misshapen gummy worms, and broken cookies all go into the feed mixer. Factory owners like it because it’s a good use of defective food that would otherwise wind up in a landfill. Farmers like it because it’s cheap fodder for animals.

But what do the cows think? They seem to like it. Even the occasional candy wrapper doesn’t bother them. One farmer beloved of bovines pays extra to bring in 10 tons of chocolate a week for his cattle.

In some ways, this is nothing new. Cows, pigs, and chickens have been recycling human food waste for millennia: Pigs were the de facto garbage crew in ancient Rome and colonial New York. But it was only recently that we discovered you can make funfetti ice cream by feeding Skittles to cows (no, not really).

Nathanael Johnson
Trump’s new energy plan doesn’t add up.
The Trans-Pacific Partnership is on the way out, so why aren’t greens cheering?