What would Teddy Roosevelt have to say about new Interior Secretary Ryan Zinke? - Grist 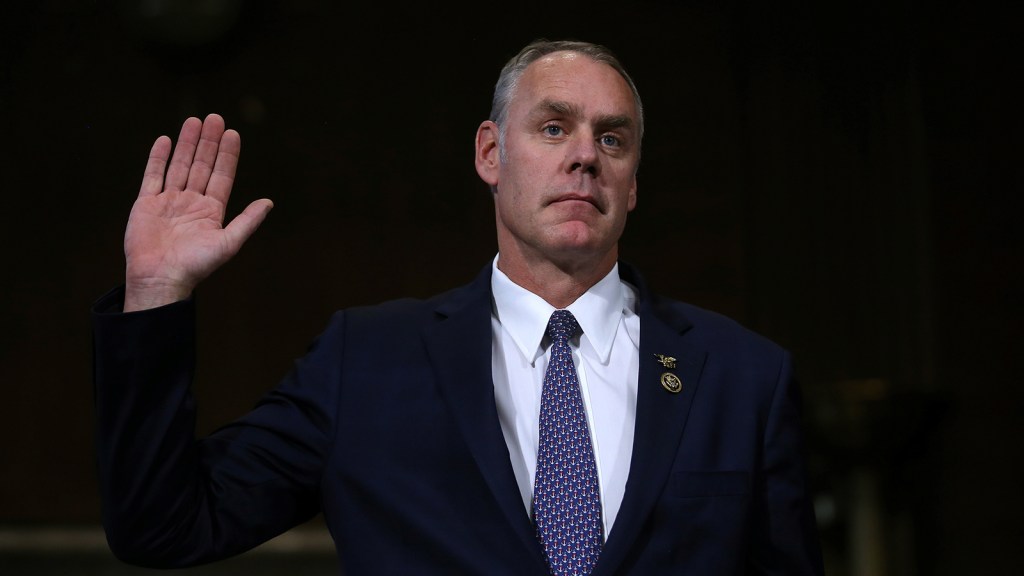 What would Teddy Roosevelt have to say about new Interior Secretary Ryan Zinke?

The Senate on Tuesday voted to confirm Zinke, whose Twitter bio proudly proclaims him a “Teddy Roosevelt fan.”

Roosevelt, also a Republican, was no saint (just ask Native Americans), but he was an avid conservationist. So the 26th U.S. president might not like what Zinke has planned for the 500 million acres that the Interior Department manages: opening many of them to coal mining and oil and gas drilling.

The interior secretary stands apart from many Republicans on the issue of who should control public lands, though. While his party’s platform calls for transferring some of the lands to states, Zinke wants them to remain in federal control.

Zinke’s views on climate change are muddled and inconsistent. In 2008, he cited climate change as a national security issue, but six years later he argued that the science wasn’t proven (over 97 percent of scientists disagree).

If Roosevelt were alive to witness the melting of Glacier National Park or the looming extinction of the pika in his treasured Yosemite, he might have some pointed words for Zinke. Like this: “We are prone to speak of the resources of this country as inexhaustible; this is not so.”

Emma Foehringer Merchant
Here are 4 ways climate change is messing with our brains — for the worse.
Antarctica’s sea ice just hit the lowest level ever seen.