While Trump tweets out insults, Obama publishes an article about clean energy in a scientific journal. - Grist

He reminded me with Science 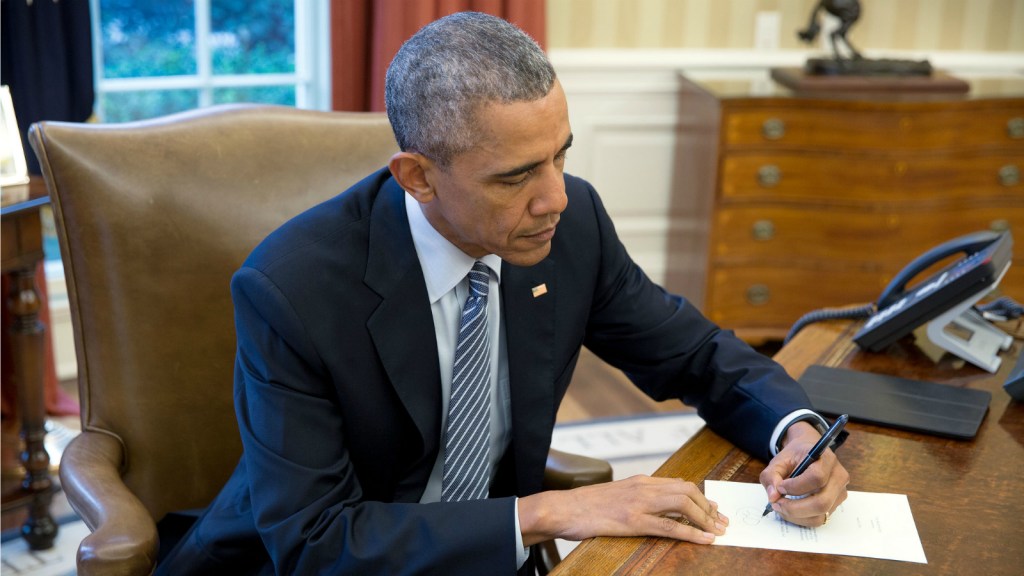 While Trump tweets out insults, Obama publishes an article about clean energy in a scientific journal.

In the piece, which appeared in Science on Monday, the president outlines four reasons that “the trend toward clean energy is irreversible”:

1. Economic growth and cutting carbon emissions go hand in hand. Any economic strategy that doesn’t take climate change into account will result in fewer jobs and less economic growth in the long term.

2. Businesses know that reducing emissions can boost bottom lines and make shareholders happy. And efficiency boosts employment too: About 2.2 million Americans now have jobs related to energy efficiency, compared to about 1.1 million with fossil fuel jobs.

3. The market is already moving toward cleaner electricity. Natural gas is replacing coal, and renewable energy costs are falling dramatically — trends that will continue (even with a coal-loving president).

“Despite the policy uncertainty that we face, I remain convinced that no country is better suited to confront the climate challenge and reap the economic benefits of a low-carbon future than the United States and that continued participation in the Paris process will yield great benefit for the American people, as well as the international community,” Obama concludes — optimistically.